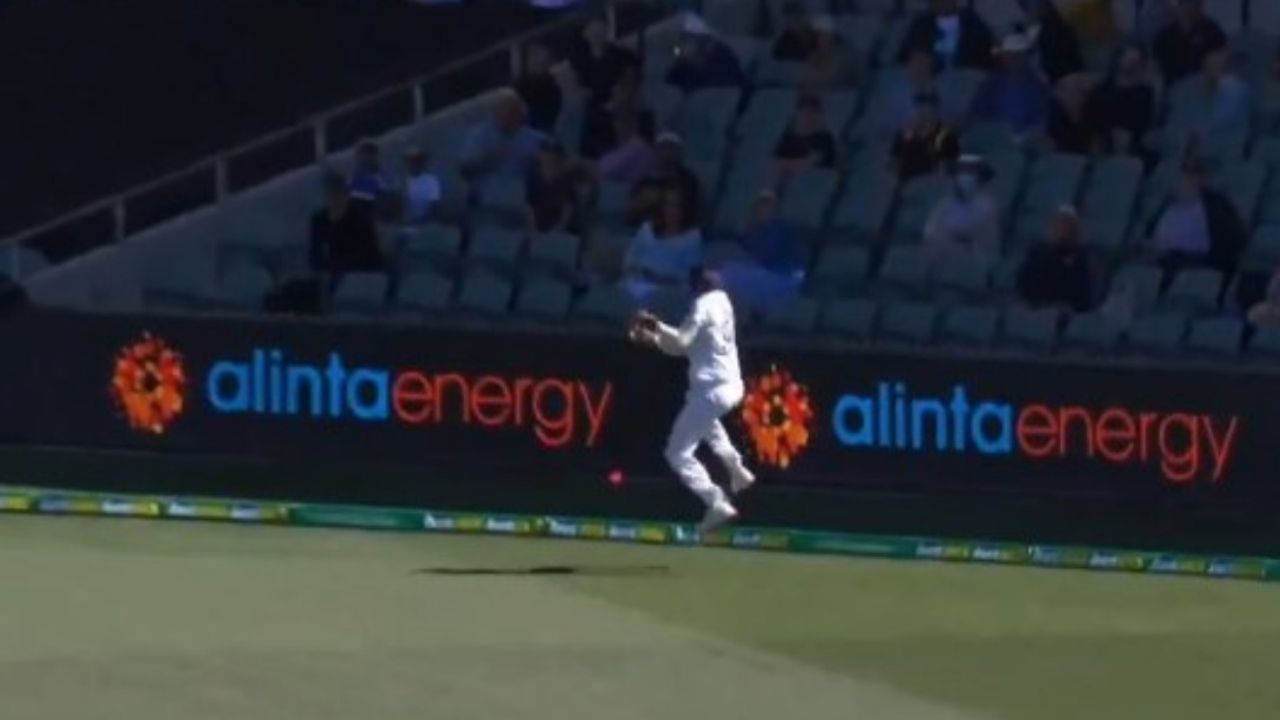 There was action right from the start in the ongoing Border-Gavaskar test series between India and Australia. Earlier on Day 2, Australia cleaned up the Indian tail without much addition to their overnight score. Australia though didn’t begin their innings on a good note and had a major reprieve when Manus Labuschagne was dropped by Jasprit Bumrah.

A Costly Drop Catch
The mainstay of Australias’s batting, Manus Labuschagne got a huge reprieve in his innings when he was dropped by Indian pacer Jasprit Bumrah at the fine-leg boundary. Australia were in trouble after starting cautiously and losing both openers, before Labuschange took charge stiker a couple of boundaries. During his frenzy start, he mistimed a pull shot off Mohammad Shami to the fine-leg boundary where an incoming Bumrah saw the ball out of his hand and roll over for a boundary. The wicket could have been a huge boost for India going into the dinner break with three Aussie wickets, including the prized scalp of Labuschange.

Australia Bowlers Strike Early, India Respond Strongly
Earlier at the start of the second day, India could add only 11 runs to their overnight score and were bundled out for 244. Pat Cummins and Mitchell Starc picked two wickets each which saw them end with three and four wickets respectively. But the pace attack was equally up to the task. With disciplined bowling, they ensured the Australian openers were not just kept in check but also sent back cheaply. Apart from Manus Labuschagne, with the many lives he got while batting and captain Tim Paine, no other Aussie batsman looked comfortable against the Indian bowling.

Things could have been different had Bumrah got hold of the catch, one of the many reprieves Labuschagne received during his innings. The advantage though still vests with India as they seek to put pressure on the Aussie batting and gain a much-needed first innings lead. (During the lunch break, Australia were 35/2)