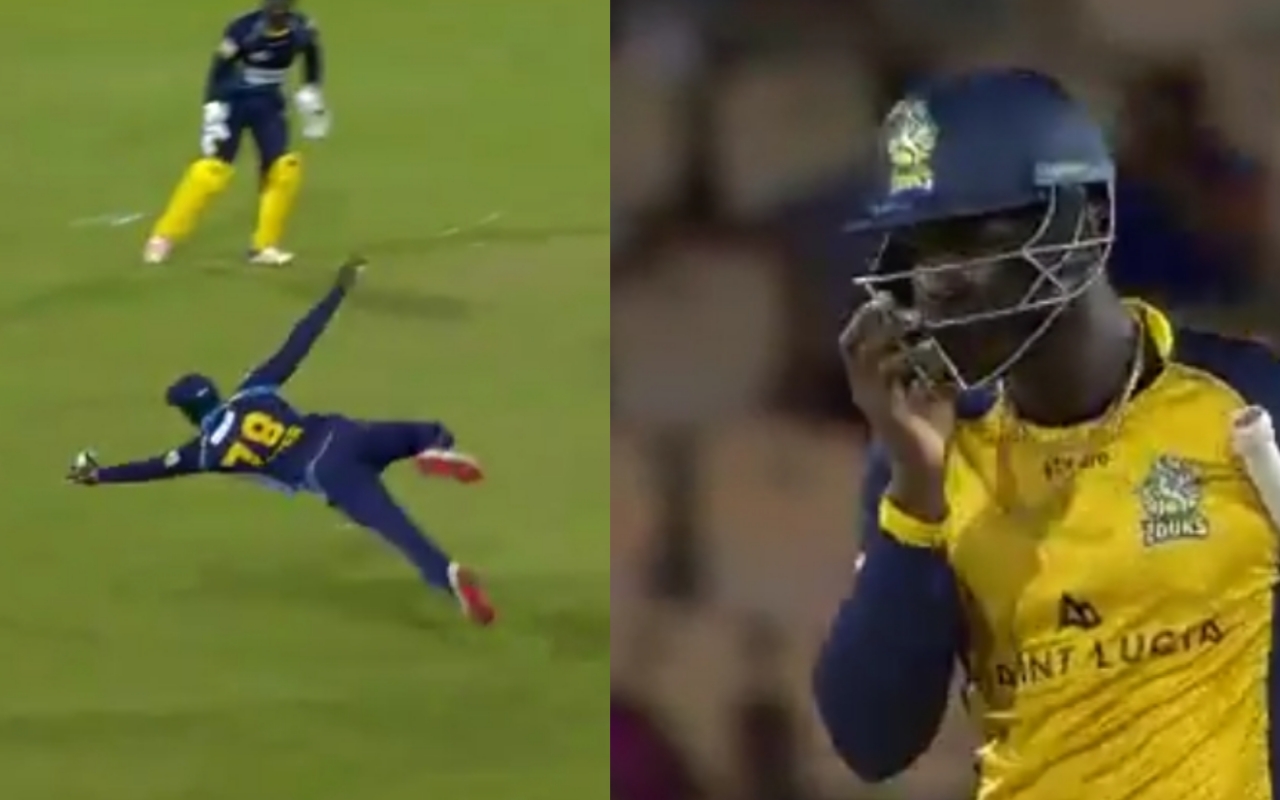 On Friday, Barbados Tridents made their hopes alive for the playoffs after defeating St. Lucia Zouks in the 17th match of the CPL 2019. Meanwhile, Barbados’s Jonathan Carter took a magnificent catch to dismiss veteran Daren Sammy. It was a beautiful catch and the fielder looked flying into the air.

Nowadays, the fielding standard has increased a lot, we have many times seen fielders flying over the ground. And for the once again the video of the high-class fielding is getting viral over the Internet. Recently, Caribbean Premier League’s official twitter handle has shared a video of a magnificent catch during the game.

CPL T20 has shared the video with the caption, “Take a bow Jonathan Carter! What a catch! Check out the play of the day from match 17 #CPL19 #Biggestpartyinsport.”

Take a bow Jonathan Carter! What a catch! Check out the play of the day from match 17 #CPL19 #Biggestpartyinsport pic.twitter.com/z5zLJP1fvl

The match was played at the Darren Sammy Stadium, recently West Indies Cricket Board has named the stadium as there player’s name.

During the 17th game of the CPL 2019; Barbados’s fielder took an outstanding catch while standing at the point.