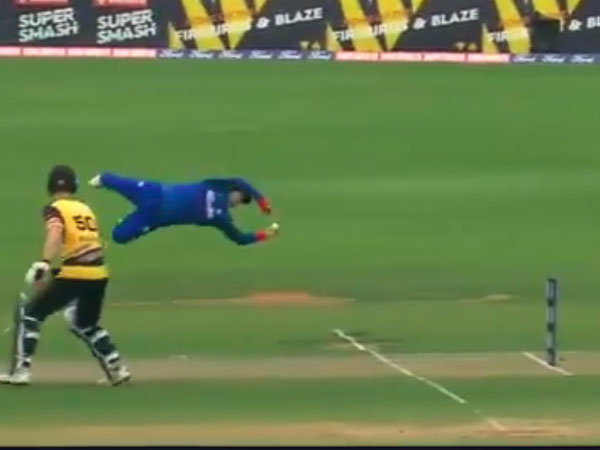 On Sunday, the final match of New Zealand’s T20 league Super Smash was played between Wellington and Auckland. During the match, Auckland skipper Craig Cachopa grabbed a stunning catch. This happened in the 14th over of the first innings of the match.

Wellington’s opening batsman Devon Conway played a cracking shot towards cover when he was just one run short of his half-century. Craig Cachopa put on display his outstanding fielding effort. He dived towards his left and while being airborne grabbed the ball with his left hand.

Dismissal of set batsman Devan Conway was something which the Auckland team needed. After Conway lost his wicket on 49, Wellington managed to score 58 runs in the next 6 overs. Now, Auckland had to score 169 runs to win the 15th season of the Super Smash.

Martin Guptill and Colin Munro’s destructive pair was failed to give a start which Auckland was expecting from the duo. Munro departed after scoring 9 runs, however, Guptill was set on the one end despite the batting order was tumbling. But Guptill was struggling to hit big shots and the pressure of increasing required run-rate was on the team. Martin Guptill dismissed after scoring 60 off 53 balls. Ackland could score 149 runs in 20 overs and left 23 runs behind the target.

Craig Cachopa with the outstanding catch to dismiss Devon Conway for 49.@wgtnfirebirds 128-6 after 16.