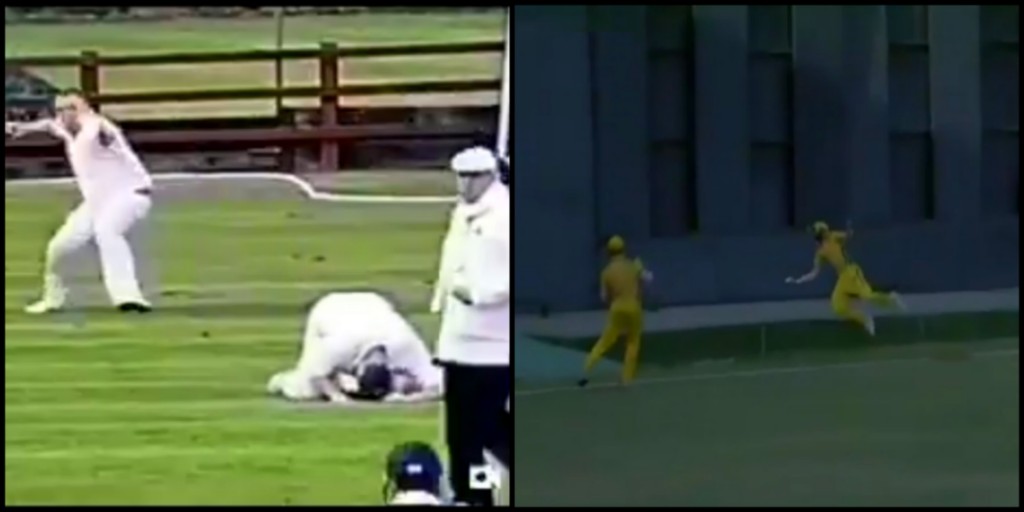 2019 has to be one of the historical years in cricket history. It was the year of Cricket World Cup and England finally got their hands on the most precious trophy in Cricket. However, the tournament was filled with many controversies. The world cup saw many rain-affected matches. ICC was criticised for giving the hosting to England at rainy season.

ICC was also criticised post Cricket World Cup 2019 final for their boundary counting rule which decided the champions after the Super Over ended on a tie. Besides controversies, this year witnessed some of the greatest moments in cricket history. England winning their first World Cup was the greatest moment of the year.

Many cricket videos went viral this year, some of which left fans in splits while some amazed everyone. Cricket is known as “Gentleman’s game”, but like any other sports, certain things happen which tickle the funny bones of the viewers. Here is a viral video likely to be from a local English match where a fielder can be seen facing a blow as his teammates throw the ball right on to him. The moment is hilarious as the fielder was bent so the ball doesn’t hit him.

📽 Right, shall we have a look back at some of our favourite videos of the year?

First up – this, from @CcSpondon, should be a go-to whenever you’re trying to explain cricket to a novice 👀pic.twitter.com/g4iROTJrv3

Rahul Tripathi and Divyang Himganekar’s catch this year is probably the best relay catch ever. During Maharashtra vs Railways match in Syed Mushtaq Ali trophy, Rahul Tripathi leapt to pluck it mid-air but was already over the boundary rope and was about land any moment. Within a fraction of seconds, he relayed the ball to Divyang Himganekar standing at the boundary with a back-handed throw to leave his teammates awed.

The greatest piece of fielding ever? An absurdly-sublime effort on the boundary 👀pic.twitter.com/6Ex4IZtecR