The fans expressed their displeasure on social media after Sheldon Jackson was stated an overseas player by a panel member of Aaj Tak. 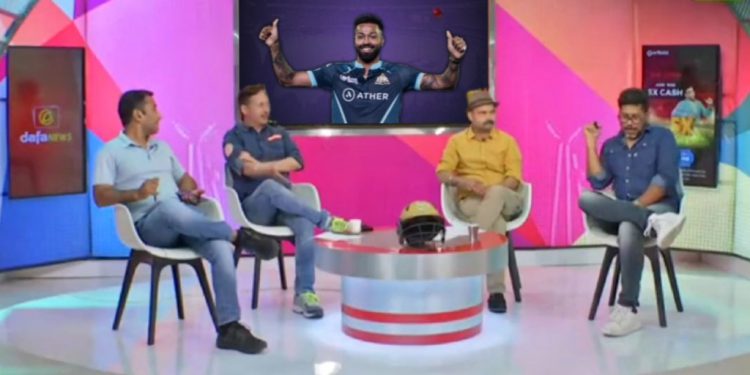 As the 2022 edition of the Indian Premier League make its way, most of the media houses are holding discussions on how the respective teams will go about their plans. One of the leading news channels in India, Aaj Tak is doing the same however fans slam Aaj Tak as during one of their discussions, a panel member termed Sheldon Jackson as an overseas player.

In the domestic circuit, Sheldon Jackson represents Saurashtra and has been bought by Kolkata Knight Riders for INR 60 lakhs for the upcoming season of the IPL. The wicketkeeper-batsman started trending on social media after fans slam Aaj Tak for calling him a foreign player. The blunder took place in a panel discussion where one of the members mistakenly termed him as a foreign player.

The video of the same got viral on the internet and the panel took notice of it while realizing their mistake. The panel came up with a note in which they asked the fans to watch the full video. However, the damage control was a bit late as the video already went viral and the fans slam Aaj Tak for the blunder they made. As for Sheldon, he started trending on social media following the incident.

This is height of comedy! The so called cricket experts on #SportsTak are continuously calling Sheldon Jackson a foreign player. Shame! pic.twitter.com/aNTPEbh3xX

Still laughing at that video.

To those who don't know Sheldon Jackson is an Indian cricketer and these so called National journalists are calling him as foreign player 😂🤦 pic.twitter.com/YL1gyWLMcJ

The 2022 edition of the Indian Premier League will kickstart from Saturday with the opening clash between Chennai Super Kings and Kolkata Knight Riders. The league is going to be a 10-team affair this time as Lucknow Super Giants and Gujarat Titans are going to make their debuts in the tournament.

The fans are already very excited and the addition of two new teams will only add to the thrill and intrigue that the IPL always brings with it. The first match of the tournament will LIVE on TV screens at 07:30pm on 26th March.