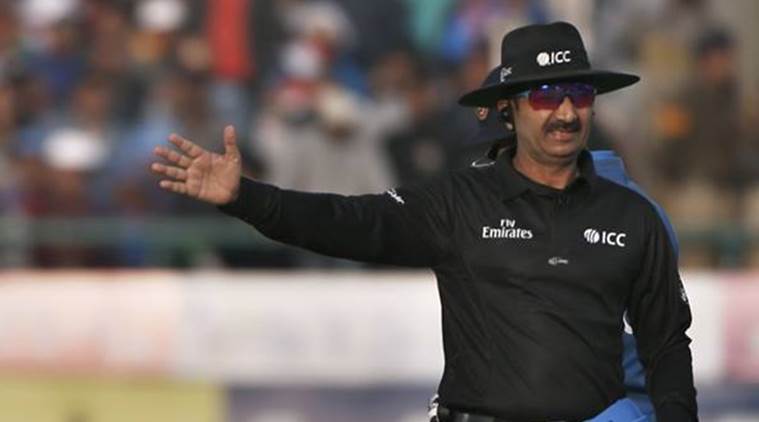 Well, ICC Umpire Anil Chaudhary definitely has a tale for his grandchildren. And for a change, it’s one off the cricket field. Recently, in his village of Dangrol in Uttar Pradesh, he turned a ‘Saviour’ by helping resolve the communication network issues that the villagers were facing. It comes at a time when the entire nation is fighting the pandemic lockdown and communication has become an essential source in staying up and connected with the outside world.

Chaudhary’s Heroic Act
So with the village facing network issues, the call was for a heroic effort from someone. ‘Cometh the hour, Cometh the Man’ – Anil Chaudhary decided to take the matter in his own hands. But the task wasn’t easy and required a herculean effort. The veteran umpire had to make his way through paddy fields, reach out to the network point for which he had to climb a tree and then manually get it fixed. His efforts didn’t go unnoticed as the concerned network provider finally managed to set up a network tower that improved the network strength in the village and help solve a major issue.

Chaudhary Acknowledges His Efforts
Chaudhary was happy and pleased to see the issue resolved. While talking to the Indian Express, he added, “I never imagined this initiative would be so beneficial for our village. There is a professor from Jalandhar who is now able to take classes. Students are happy because now they do not have to sit in the fields, fight mosquitoes, and attend online classes.”

There was further relief for the villagers who were for the most part of their routines stranded with the network issues. One local who runs a money transfer business expressed how delighted he was when the issue was resolved. “Earlier, it used to take three-four days to transfer money, now it takes just a few hours. I would like to thank umpire Chaudhary for his initiative. He is a hero to us. Amidst the pandemic, this is a small issue but it has helped us a long way.”, he expressed.

So that’s some recognition for Anil Chaudhary, and one that’s off the cricket field and a definite feather in his hat.