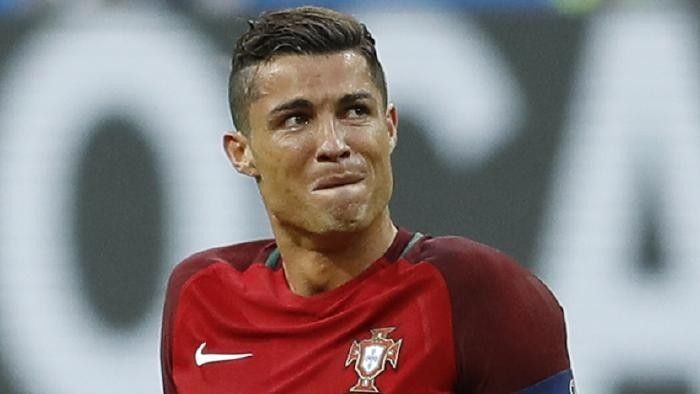 Cristiano Ronaldo broke down after being seen his late father’s unseen footage during a recent interview with Piers Morgan. The footballer got emotional and can be seen wiping out tears in the video. During the interview, Cristiano Ronaldo claimed he had never seen a video featuring his father. Crying Ronaldo said, “I never saw the video. I never saw that video. Unbelievable.”

Piers Morgan asked him what it was that made him emotional. Ronaldo replied, “To be the number one and he doesn’t see anything. He doesn’t see me receive awards.” In the footage, Cristiano’s father Jose Dinis Aveiro was seen talking about the proud feeling he gets about his son.

Cristiano Ronaldo breaks down in tears during interview with Piers Morgan 😔

He’s upset that his father never got to see how great he became.pic.twitter.com/513G5Ooaz8

Ronaldo’s father died in 2005, on the evening of Manchester United’s Champions League match. Ronaldo missed the match to be with his father in his last moments. His father took his last breath in a London Hospital. Jose Dinis Aveiro never saw his son becoming one of the greatest of all time.

During the interview, the footballer also expressed the embarrassment he feels about a rape allegation made against him. American model Kathryn Mayorga had put the allegations on him in 2009. The model claimed that he raped her in a Las Vegas hotel. Ronaldo denies all the allegations that she put against him.