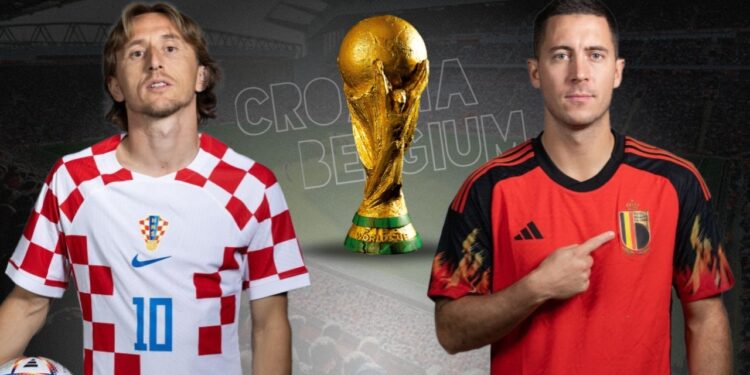 Today, the two teams from Group F will make it to the last 16 of FIFA World Cup 2022. Runners-up of the 2018 edition Croatia will face Belgium while Canada will face Morocco simultaneously. The live telecast of Croatia vs Belgium can be watched on TV channel in India and the streaming will also be available on the OTT app. In this space, you will get to know where to watch the mentioned FIFA World Cup 2022 game.

Three teams; Croatia, Morocco and Belgium are alive in Group F. Canada can’t make it to the round of 16 but they can spoil these three teams’ party. A loss or draw game today will knock Belgium out of the tournament, so only winning against Croatia can assure them the pre-quarter-final ticket. If Croatia loses the game then they have to pray that Canada beats Morocco. While Morocco needs to win vs Canada or they will also qualify if Croatia wins its game.

The live telecast of Croatia vs Belgium match can be watched on Sports 18 SD channel in India. The HD channel will broadcast the other match of the group which is between Canada and Morocco. The mentioned channel is available on various DTH services and cable TV as well. Fans who want to watch Croatia vs Belgium match in Hindi commentary can tune in to the MTV HD channel. The Football World Cup games today won’t be available on the free-to-air channel Sports 18 Khel as it will show T10 League matches.

Croatia vs Belgium Channel Number on DTH Services in India

Viacom 18-owned Jio Cinema app will be streaming Croatia vs Belgium match live. The app can be downloaded from Play Store or App Store and is absolutely free to access for all telecom operators’ users. It’s worth mentioning that FIFA World Cup games can also be watched online on Jio TV, Vi Movies & TV and TATA Play apps but these apps are restricted to only Jio sim users, Vi sim users and TATA Sky DTH users respectively.