Ravindra Jadeja hints at being retained by Chennai Super Kings in his reply to the franchise's post. 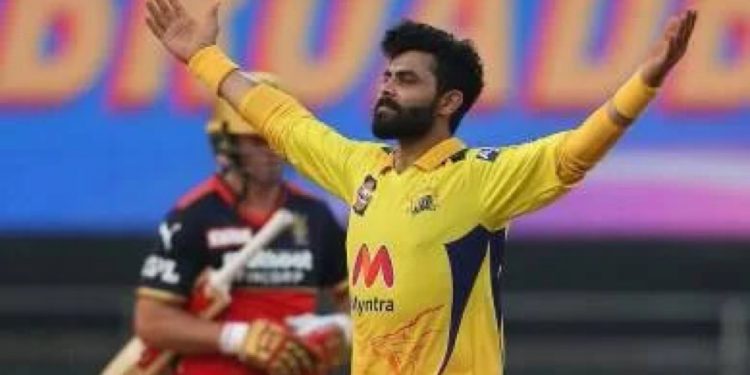 The retention games have started for the 2022 edition of the Indian Premier League. The franchises are trying their best to retain their best players while leaving all others to go under the hammer in December 2021. In a recent tweet, CSK asks fans to suggest four players for the retention, which got a cryptic reply from the all-rounder Ravindra Jadeja.

All the franchises are making most of their digital presence by asking the fans about their opinions on the retention on their social media handles. The rumours have already started doing the rounds as to which players have been retained by their respective franchises. In a bid to take the viewers’ opinion, CSK asks fans to suggest them four players for IPL 2022 retention.

CSK asks fans to select four players who they can retain

There have been reports that the Chennai based team have already zeroed in on MS Dhoni, Ravindra Jadeja and Ruturaj Gaikwad. However, they are yet to confirm the fourth name which has to be a foreign player. To get the views of their fans, CSK asks fans to give them four names that they can retain. The post on the CSK Twitter handle is getting a lot of attention because of the cryptic reply from Ravindra Jadeja.

CSK wrote, “The Retention Tension! Have you got the same fav names in mind? Click & tell us here who four you.” The response by Jadeja was, “Should I tell?”, followed by three wink emojis. Jadeja’s comment got a reply from CSK saying, “Not Y8”, followed by a wink emoji. The comment by Jadeja and reply from CSK points to only one direction, that the all-rounder has been retained by the franchise.

As for the confirmation, the fans will have to wait till November 30, when the official announcement will be made by the respective franchises. The Chennai camp will go into the Mega-Auction with the mindset of gathering almost the same squad they had in the last season of IPL. The franchises will be looking to build a strong team for the upcoming season of the Indian Premier League.