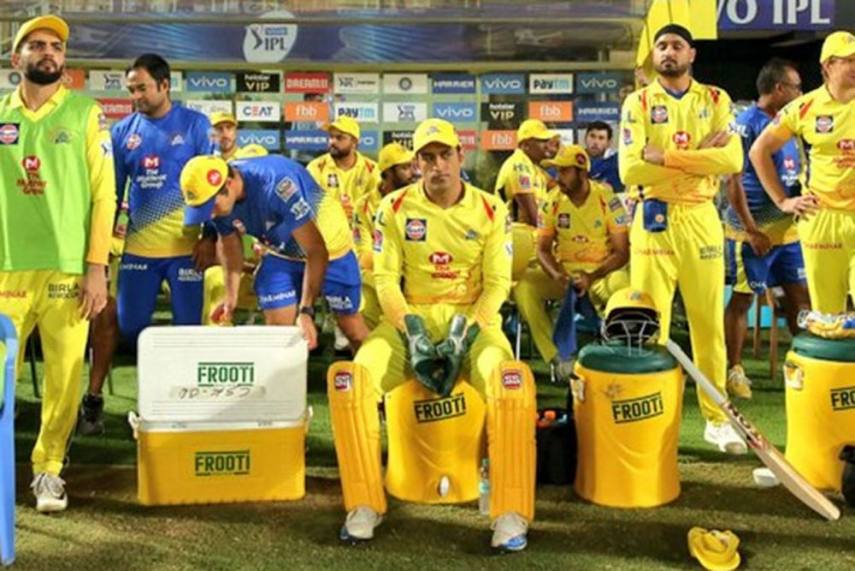 Three-time IPL champions Chennai Super Kings (CSK) are having a rather torrid time in the ongoing 2020 edition of the tournament in the United Arab Emirates. The team has managed to win only 3 of its 10 group stage matches and is at a genuine risk of missing out on a playoff spot; an unceremonious first-ever for the team in its 13-year-history. According to sources, the management has planned on taking some ‘tough calls’ on their veteran players ahead of the next season.

CSK’s veteran stars’ performances- or their lack, thereof- has been the biggest cause of disappointment for their fans this year. The seasoned commanders of their ‘Dad’s Army’ team have looked woefully out of form this season. Barring some contributions from Faf du Plessis, Ravindra Jadeja, and Ambati Rayudu- hardly any of their veteran core-group members have come good this time around. So much so, that head coach Stephen Fleming had to concede that the current set of players have ‘run-out-of-juice’.

Bad form of players aside, MS Dhoni’s captaincy has also been quite sub-par this year. In recent times, the veteran IPL campaigner of 200-matches has copped much flack for backing underperforming players. The liked of Kedar Jadhav and Piyush Chawla have received a frustratingly long rope; ahead of the youngsters in the CSK team, who, allegedly, ‘lacked the spark’ to perform well.

All these factors seem to be working in tandem to suggest that the CSK team is opting for a complete overhaul next year. In fact, an anonymous source of the team even confirmed Fleming’s sentiments about making some tough decisions.

“Like Fleming said, a lot of chinks in the armor have been exposed this time,” the aforementioned source admitted. “Some tough calls surely will be taken. The only issue is there is little time between now and the next edition.”

What lies ahead for the currently contracted players

What this means, is that the team is aiming to draft more young stars for the upcoming 2021 edition. So it seems more than likely that players like Shane Watson, Kedar Jadhav, Piyush Chawla, and even Imran Tahir– could get the ax next year. Further, Suresh Raina and Harbhajan Singh, who are also at the end of their 3-year contracts; are also likely to find themselves out of the squad.

As for the fate of captain MS Dhoni- nothing seems clear at the moment. ‘Thala’s’ dismal outing this year should certainly force the management to reassess their choices for the CSK’s next lifecycle. The veteran ‘keeper-batsman has looked terribly out of form ever since he announced his retirement earlier this August. This could well be his swansong season in the cash-rich cricket tournament.