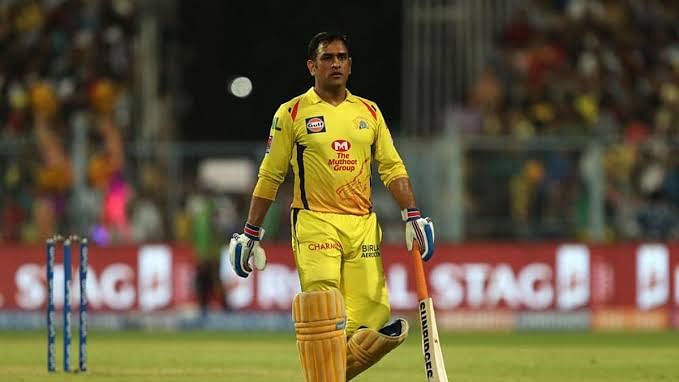 On Monday, the Chennai Super Kings (CSK) suffered their 7th loss of the season, which effectively brings their 2020 IPL campaign to an end.  The Steve Smith-led Rajasthan Royals (RR) trounced their east-coast rivals by 7 wickets at Abu Dhabi to acquire 2 important points and advance to the fifth spot on the points table.

From a Chennai fan’s perspective, it was disheartening to see their batsmen disappoint for the umpteenth time; especially in a crucial do-or-die match. Winning the toss, captain MS Dhoni opted to bat, seemingly eager to set a tricky run-chase for his Rajasthani rivals. But that wasn’t to be- as the seasoned CSK batting lineup delivered an underwhelming no-show.

CSK’s dismal outing with the bat

Barring Ravindra Jadeja (35* off 30), no other Chennai batsman was able to cross the 30-run mark; MS Dhoni’s run-a-ball 28 being the second-highest individual score on that list. The team seemed particularly uncomfortable against RR’s wrist-spin duo of Rahul Tewatia (4-0-18-1) and Shreyas Gopal (4-0-14-1).

Rajasthan’s middle-over spin strangle severely curtailed CSK’s run-scoring means; they could never really recover from that batting blip. The #whislepodu brigade ultimately finished with a sorry total of 125- a score much lower than the ground’s par-score.

In what has been a constant all through the season, social media fans were quick to criticize Chennai for their embarrassing batting display. The mid-innings break period saw Twitter and Facebook circulate all kinds of memes and jokes around CSK and their ‘lack of intent’- another constant- while batting.

It even came to a point where the CSK Twitter handle couldn’t help but accept the situation through some light-hearted self-humor. Here’s a tweet they posted after CSK’s red-ball like innings. 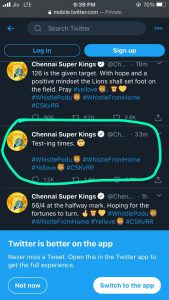 Humor aside, CSK – much to their credit- did resume their bowling innings in proper, test-match fashion. Deepak Chahar and Josh Hazelwood hit the perfect, test-match lengths and scalped three quick wickets in the powerplay. But they couldn’t make much of an impact following that opening burst; as an on-song Jos Buttler comfortably polished off the chase with a gritty 48-ball 70.