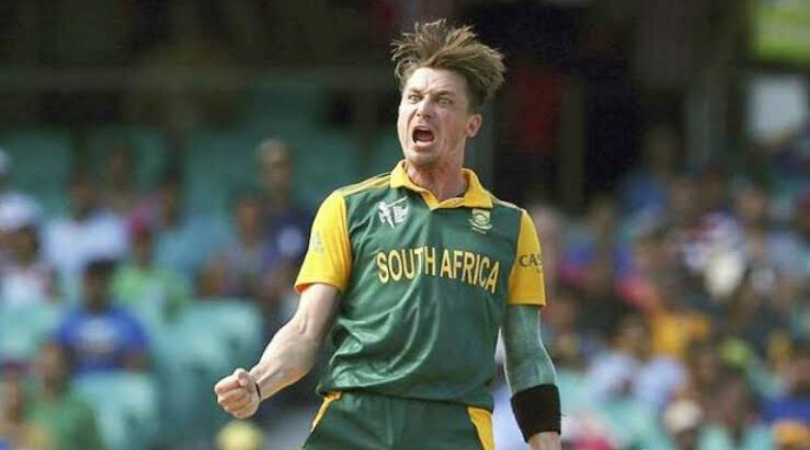 Dale Steyn Shuts Down The Twitter User Who Tried To Troll Him Over Rabada Like Celebration: Getting a ban in Cricket for Illegal activities is not a new thing. Many times we have witnessed the player having banned for doing wrong things on the ground. However, a recent ban over South African pacer Kagiso Rabada has made headlines for the reason behind the ban. Actually, Rabada got a demerit point for his celebration after England skipper Joe Root’s dismissal in the recently concluded third Test between the two sides in Port Elizabeth.

Rabada was charged by the match referee after being found guilty of violating Article 2.5 of the ICC code of conduct. And this was his fourth demerit point in the last 24 months, which led to his ban from the fourth and final Test of the series. However, many cricket experts around the world were not in favour of giving a demerit point for his celebration. And also fans have trolled ICC over social media for their decision.

Here is the video of Kagiso Rabada’s celebration

Is this worthy of a ban?

Following the Kagiso Rabada’s ban for 1 match, a twitter user shared an old video in which Dale Steyn is celebrating aggressively after dismissing Indian player Rohit Sharma. The user has also claimed that if he were the World governing body, he would have banned the former South African player for life.

However, as soon as Dale Steyn read the tweet from the user he comes up with a fitting reply. He shut down the user by commenting that there was nothing wrong in the celebration.

“Nothing wrong here. Didn’t charge the batter, maintained my line, celebrated like a champion.  Don’t ask for fast and nasty then keyboard abuse when the mongrel comes out.” Dale Steyn commented over the video shared by the user.

Here is the Dale Steyn’s reply

Nothing wrong here. Didn’t charge the batter, maintained my line, celebrated like a champion.
Don’t ask for fast and nasty then keyboard abuse when the mongrel comes out. ✌️