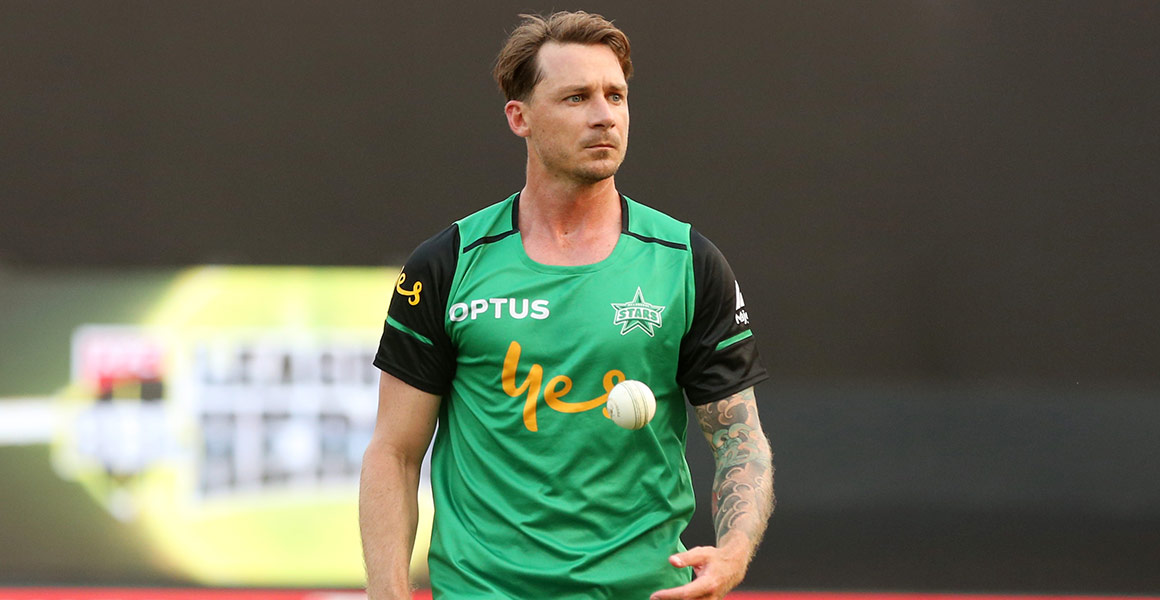 On Friday, South African speedster Dale Steyn made his long-awaited KFC Big Bash League debut. He started his BBL campaign for Melbourne Stars against Adelaide Strikers. Melbourne captain Glenn Maxwell won the toss and opted to bowl first. Steyn was handled the ball to bowl the 2nd over of the innings.

The veteran started his spell with a dot ball. However, the next four balls didn’t go well. Dale Steyn conceded 20 runs in next four balls. The over went as 6, 6, 4, 4. Strikers inform batsman Jake Weatherald tore into the Protea star. However, Steyn takes sweet revenge from the batsman in the last ball. Batsman once again went for a hit and handed the catch to Glenn Maxwell.

Dale Steyn made a brilliant comeback after conceding 20 runs off the first over. He conceded only 9 runs in his next 2 overs although didn’t get any wicket. Maxwell decided not to give the 4th over to Steyn and his spell ended with 1 wicket in 3 overs conceding 29 runs.

Dale Steyn's first Big Bash over was something to behold 😳 #BBL09 pic.twitter.com/kzdjRZ9X0v

Recently, IPL franchise Royal Challengers Bangalore resigned Dale Steyn for the IPL 2020 season. They made a bid on him after he remained unsold in the first two rounds. RCB bought Steyn on his base price which was 2 crore. After the auction, the franchise revealed that buying Steyn was always the part of RCB’s plan.

But if they had made a bid on him in the first two rounds then other franchises could have jumped in the bidding war. RCB were lucky that no other franchise showed interest in buying Steyn. One of the reasons behind it is the bowler is coping with injuries from the past couple of years. In the last IPL season, the speedster was ruled out of the season after playing 2 matches.