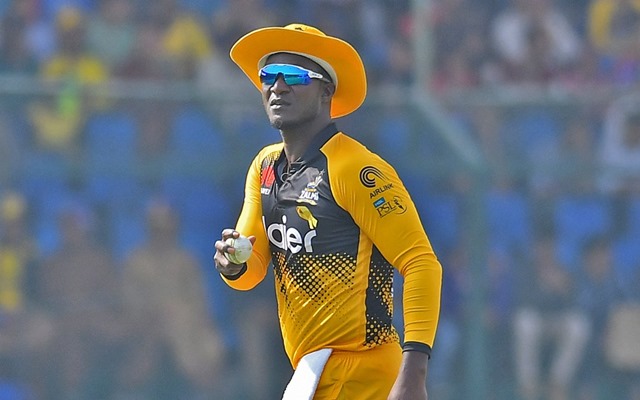 Former West Indies Cricketer Darren Sammy is one of the most loved personalities not only in West Indies but also all over the world. He is the only captain to lead his side to two ICC T20 World Cup titles- in 2012 and 2016. Currently, Sammy is part of Peshawar Zalmi in the ongoing Pakistan Super League 2020.

Earlier Darren Sammy started the PSL league as the captain of Peshawar squad, however, despite having bad form the team decided to drop him out ahead of the game on Monday against Karachi Kings and hand over the captainship to Wahab Riaz. So far in the tournament, Sammy has managed to score only 44 runs in four matches he has played.

Sammy took to Twitter where he gave a piece of his mind when he wrote, “I’ve learned that you are important until you’ve completed your role. #dealingwithhumans”

I’ve learnt that you are important until you’ve completed your role. #dealingwithhumans

Darren Sammy Set To Be Given Honorary Citizenship Of Pakistan

When no foreign players were willing to travel to Pakistan to play the Pakistan Super League 2020, it was Darren Sammy who showed interest to go and play. Not only he decided to play in Pakistan but also he has decided to have the citizenship of Pakistan. And now it is all set to that the former West Indies captain will be conferred with the honorary citizenship of Pakistan and the country’s highest civilian award- Nishan-e-Haider, on March 23, for his contribution towards restoring cricket back in the country.

“I’ve been enjoying the culture from day one. I’m enjoying the experiences. I want to see the fans happy, that’s why I play cricket,” the West Indian cricketer had said, adding that “found shalwar kameez really nice to wear and liked biryani,” Sammy said as quoted by Pak Passion.