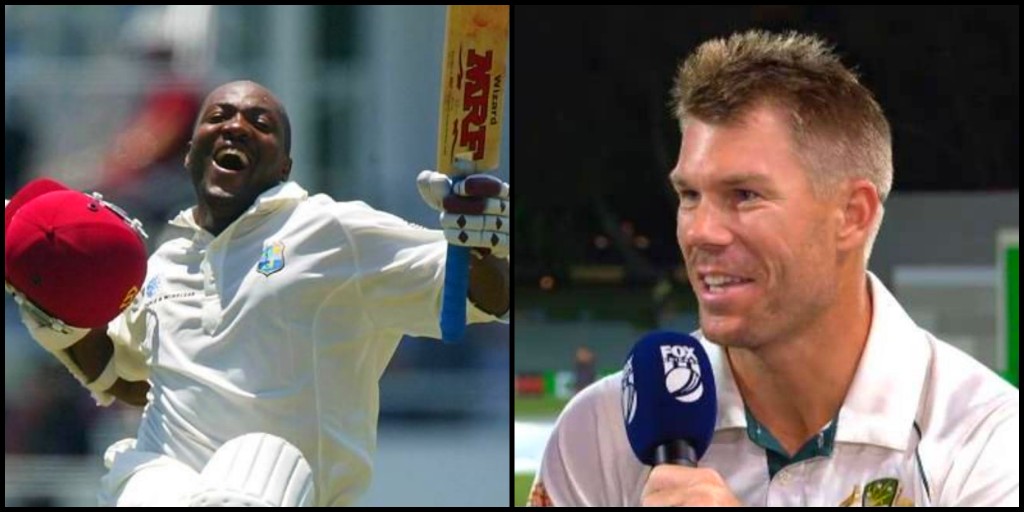 On Saturday, Brian Lara’s mega milestone of the highest score in test cricket was in danger as David Warner went past 300 during 2nd test match vs Pakistan. Australian opening batsman was in great touch on the second day of the test. After completing century on the day 1, Warner completed his double and triple ton in first two sessions of the day 2.

However, before he could attempt to break Lara’s mammoth 400-run record, Australian skipper Tim Paine declared the innings when Warner was on 335. However, fans didn’t like the decision of Paine and felt that he should have given one more session to Warner as we rarely see such opportunities to reach 400.

But, David Warner revealed that he was well aware of the declaration time and was not looking to break Brian Lara’s record. The left-handed opener in further explanation stated that looking forward to the weather forecast, the team management wanted to give enough overs to the bowlers on Day 2, so that they can get some wickets. Warner revealed that Tim Paine gave him extra time to break Sir Don Bradman’s record of the highest score in Australia (334). That’s why as soon as he reached 335, Australian skipper declared the innings.

At the end of day’s play, Warner spoke about his monumental knock. During the conversation, Warner was asked to name a player who can break Brian Lara’s 400-run record. Australian batsman picked Indian opener Rohit Sharma who recently cemented his place in the test team and also completed a double century. Warner said, “If I had to name one player, I reckon it could be Rohit Sharma,”

Rohit Sharma had made a comeback to test side this year against South Africa. In 2-match series, he made numerous records. He ended the series being the most run-scorer (529). He also created the record of most sixes in a Test series by smashing 19 sixes in the series. Rohit is now a permanent choice for the opener in tests.