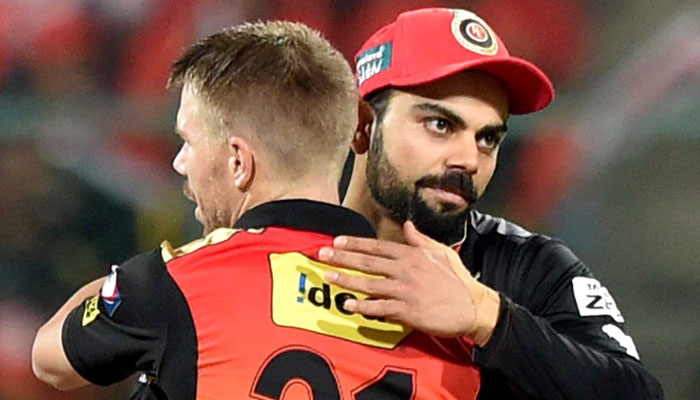 Australian star batsman, David Warner was awarded as the best male cricketer of Australia for 2019. Warner pipped his former Australian captain Steve Smith by one vote and paceman Pat Cummins to achieve the Allan Border medal. The southpaw won the same award for the third time in his career.

After receiving the award Warner had lots of people to thank and got very emotional while delivering his speech. He talked about his wife Candice and her strong and bold attitude throughout the ball-tampering ban.

“I realised a lot of things during that time off that we don’t actually understand or realise when we’re in this bubble, the importance of what this game is and the smiles on the faces that we bring to a lot of people,” said  Warner.

Warner had a special mention for few of his teammates and Indian skipper Virat Kohli who has been a favourite player of his daughter, Indi Rae.

“Having three daughters at home, looking up to guys like ‘Smithy’, ‘Cummo’ — playing cricket in the backyard they’re yelling out Virat Kohli’s name — but these are the smiles on kids faces that we put on,” added Warner.

“Obviously there’s a lot of thank yous — I’m going to miss a lot of people — but first and foremost my mum and dad. I know I’ve let you guys down in the past but you guys always stuck … by my side, and I really appreciate that. And my brother.

David Warner, who suffered a one-year ban for his involvement in the ball-tampering scandal in Cape Town, had a disastrous Ashes tour where he was unable to get runs. But he bounced back in Australia’s home series scoring his maiden triple hundred against Pakistan at Adelaide Oval. Warner called his wife as rock, crediting her for  his success and being his support system in his bad days.

“It’s hard for a man to stand up here and say a lot of nice words about people, but you always seem to bring the best out of me and the kindness of my heart. I can’t thank you enough for what you do for me and our family. I love you dearly,” said David Warner.

Australia is scheduled to tour South Africa for three T20Is and the same number of ODIs. The tour kicks off from February 21 starting with T20I series.