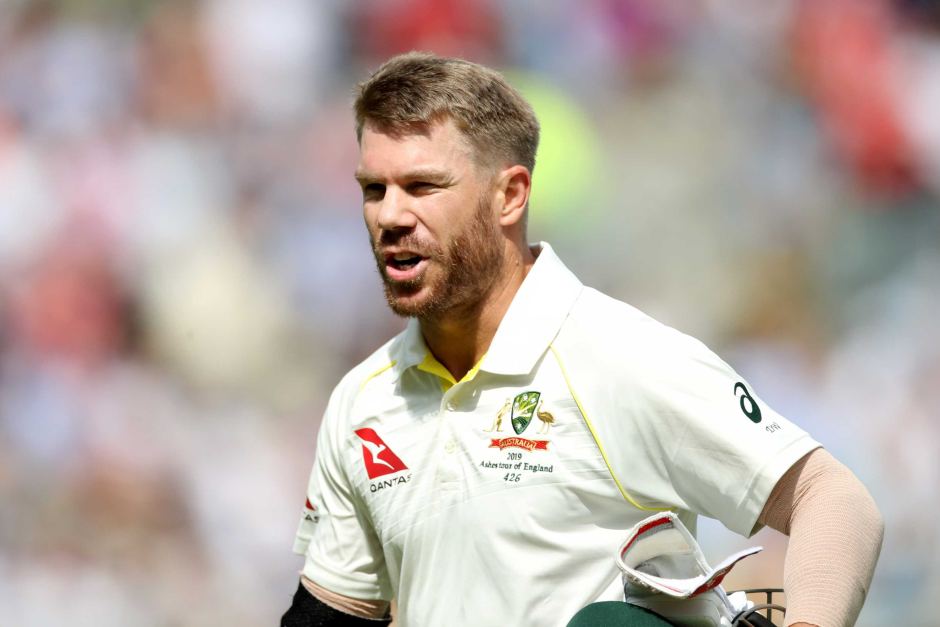 David Warner Gets Sandpaper Sendoff By The Crowd

Australian batsman David Warner was once again booed by the English crowd in the Day 1 of the historic Ashes series that started at Edgbaston, Birmingham.

After Tim Paine won the toss and chose to bat first. Openers David Warner and Cameron Bancroft were playing their first test after the famous ball-tampering scandal in Capetown.

Both batsmen found difficult against the fierce duo of James Anderson and Stuart Broad. Broad dismissed the southpaw in his second over only as he got him lbw for just two runs.

As Warner was about to walk off the field he could not miss the criticism of the English crowd. They teased the batsman showing him the sandpaper reminding him of his plan he had plotted against South Africa during the Capetown test in 2018.

Bancroft also did not last much at the crease and followed Warner to the pavilion after finding an outside edge of Broad’s back of a length delivery. Bancroft faced similar treatment from the crowd who got the chance to display the yellow card, as in football it meant the player had fouled.

It’s a sandpaper send off from the Hollies.

The Australians did not have a good outing in the first two sessions as Broad and Chris Woakes shared seven wickets between them and crumbled Australia to 122/8 inside 45 overs.

Peter Siddle supported Steven Smith, who was lone fighting the battle. The pair forged an 88-run stand for the ninth wicket to revive Australia’s innings as they crossed 200 runs.

Moeen Ali breaks the partnership after dismissing Siddle on 44. Smith continued to march on towards his 24th Test hundred as he smacked the prime bowlers like Broad and Woakes.

Smith made sure that he had the strike most of the time as he would go for boundaries in the early deliveries of the over. Later he would take a single on the penultimate or final ball to ensure he was on the strike of the next over.

Nathan Lyon also played a cameo role in the 74-run partnership with his former skipper. Smith’s 144 was studded with 16 fours and two sixes.

It came to an end after Broad knocked off his stumps to claim his fifth wicket of the innings and 100th Ashes wicket. Australia was bowled out for 284.