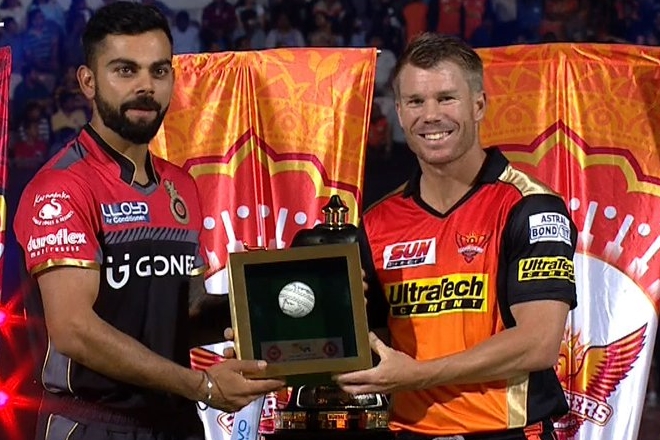 Australia’s David Warner is at it again, bringing out his comical side to the fore. All through this pandemic lockdown Warner along with his family (namely his daughters) have come up with hilarious acts much to the delight of his fans. Recently he took to his social media account on Instagram in asking fans on their thoughts as to who will win the upcoming Indian Premier League (IPL) 2020. And David Warner hilariously reacted to a fan who picked Royal Challengers Bangalore (RCB) as the favorites to win.

Warner’s Social Media Interaction With Fans
Sunrisers Hyderabad skipper David Warner interacted with fans on social media, asking them about their thoughts on who are the favorites to win IPL 2020. The post had mixed responses with Warner’s followers flooding the responses with Sunrisers Hyderabad as the favorites, while some even picked the likes of Mumbai Indians, Chennai Super Kings and Royal Challengers Bangalore, among others. Warner was quick to respond back, however he took a light-hearted dig at a fan who picked RCB as the favorites.

Warner’s ‘Poke A Fun’ Moment With RCB
As humorous as he’s been with his interactions, Warner had a funny dig at the fan and Royal Challengers Bangalore. The Bangalore based team carry along the ‘choker’s tag, having lost three finals; the last at the hands of the Sunrisers in 2016. Perhaps, that’s what triggered Warner to take a dig at the Virat Kohli led side. Warner’s response was backed with equally amusing responses from fans who trolled RCB over not winning the league till date. 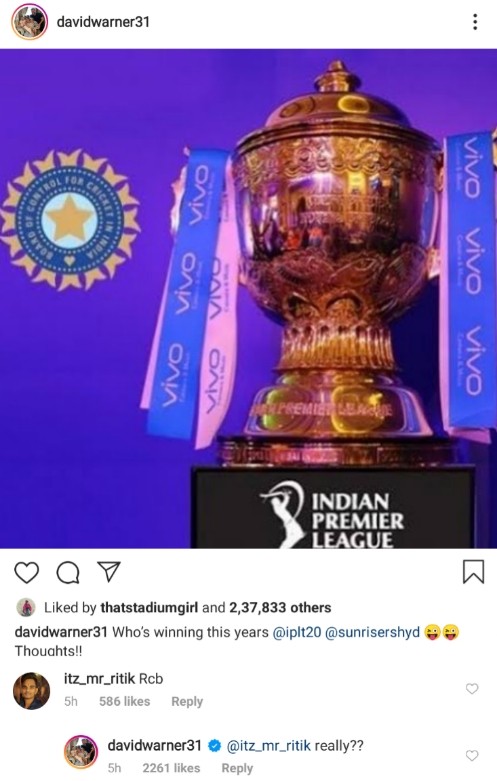 In the meantime, we can expect some more hilarious engagements from David Warner