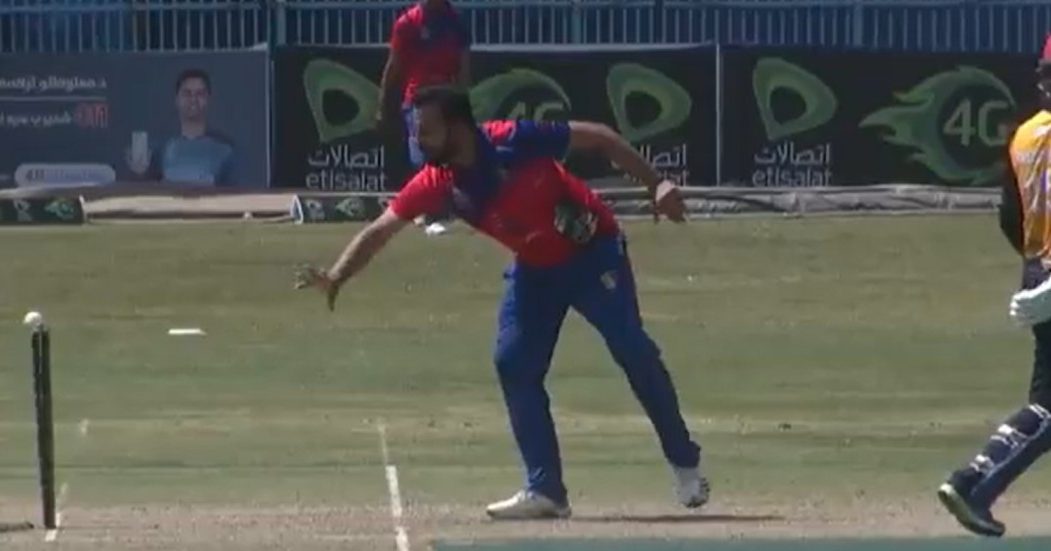 The cricket fraternity seems to be in a debate over the ‘Mankad’ form of dismissal that evoked ever since last season’s Indian Premier League (IPL), where R Ashwin ran out Jos Butler. The controversial form of dismissal is again in the news this time at the Shpageeza Cricket League 2020, where Dawlat Zadran pulled off an Ashwin like ‘Mankad’ dismissal to run out the batsman at the non-striker’s end.

Dawlat Zadran Evokes Controversial ‘Mankading’ Dismissal
It was during the Shpageeza Cricket League 2020 match between the Kabul Eagles and the Mis Ainak Knights where Eagles batsman Noor Ali was controversially run out virtue of been ‘Mankaded’. Dawlat Zadran was the bowler who was involved in whipping the bails off when he saw the non-striker (Noor Ali) backing out of the bowling crease.

The controversial dismissal sent Noor Ali back to the pavilion having batted his team into a strong position to chase down the Knights score. His dismissal though was the talking point in the game that seems to be marred by controversy with this specific form of dismissal.

Mixed Reactions On The ‘Mankaded Form Of Dismissal’
There have been mixed reactions to the ‘Mankaded’ form of dismissal. Those backing it, feel the non-striker should be within the bowling crease when the bowler is in his stride to deliver the ball. While some are of the opinion  that the dismissal is against the spirit of the game and should be made way with.

Mankaded – An Ongoing Debate
This mode of dismissal continues to be an ongoing debate in cricket. Recently, Delhi Capitals head coach was of the opinion that although the non-striker shouldn’t be backing out of the crease when the bowler is bowling, it is harsh on him to be dismissed for it. R Ashwin, who for most of the discussion has been at the helm of it (for having ran out Jos Butler in the 2019 IPL courtesy – ‘Mankaded’) feels the dismissal is within the confines of the laws of the game and it thus go against the spirit of the game.

With Dawlat Zadran evoking the controversial dismissal, it could be a matter of time for the governing body of cricket (ICC) to rethink about the law and the ever growing controversy surrounding this form of dismissal. Mankaded!