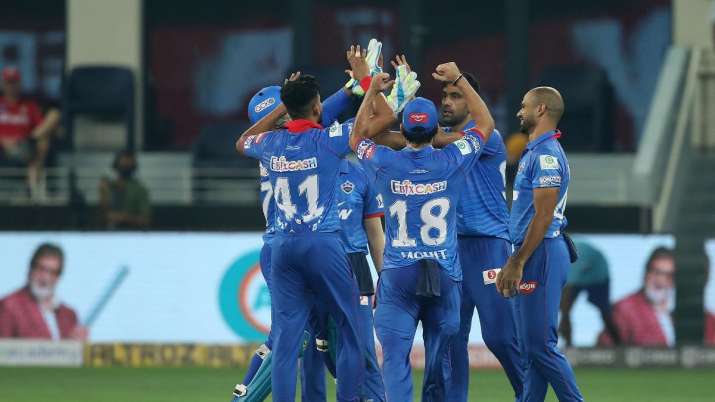 From exciting, last-over finishes, to anticlimactic super-overs; we’re only 2 games into the 2020 IPL, but have already witnessed just about every thriller possible. The second match of the tournament saw the Delhi Capitals hold on to their nerves till the very end and take the Kings XI Punjab in to a super-over. Capitals’ ace seamer, Kagiso Rabada, then skittled out KL Rahul and Nicholas Pooran for just 2 runs. Captain Shreyas Iyer and Rishabh Pant hardly wasted any time in completing the easy chase; earning their team a stellar, upset win and their first two points of the season.

The Northern derby had several players rise to the occasion from both sides; none more prominent than probably Marcus Stoinis and Kagiso Rabada from the Delhi camp. Stoinis’ two-fold contribution- a quick-fire, 20-ball fifty with the bat, and a clutch, final over in bowling- was crucial to the Capitals finding their way back into the match. Meanwhile, Rabada bowled a brilliant spell (4-0-28-2), took a stunning leap-catch off the last ball, and starred with a fiery super-over to seal the close contest. The Delhi team openly expressed their admiration for the dynamic duo by renaming their Twitter page to ‘Stoinis and KG fan account’.

Punjab would be ruing the near-unassailable situation from which they lost the match. Opener Mayank Agarwal led the charge for the Kings with a magnificent counterattacking 89-run innings. But a poor shot-selection ended his stay in the crease, and, subsequently, nullified his valiant batting efforts. As an extra bit of frustration, if it wasn’t for an incorrect call of short-run from the umpires, Punjab would’ve already won the match. Talk about disappointment!

But just in case the sting of the defeat wasn’t enough, Delhi rubbed some extra salt at their Northern rivals wounds by trolling them. Last week, Punjab posted a video of Mayank asking KXIP fans about the hype around the letter ‘W’. “Yeh W, W kya hai?” (T: What’s all this excitement about W?)- Mayank had wanted to know.

The KXIP social media team had built up a lot of excitement around this ‘W question’. On Sunday, they finally revealed the answer- ‘W’, stands for Punjab’s motto this season, #wakhrasquad.

But Delhi, after their thumping win over the #wakhrasquad, decided to offer their own, ‘wakhra’ answer to the W conundrum. Well…two wakhra answers. The first one reads, ‘We roar together’. And the other one…well, we’ll let skipper Shreyas Iyer answer that question.