Dewald Brevis will be seen playing for the MI Cape Town side in the CSA T20 League while Kieron Pollard will be a part of the MI Emirates side in the UAE T20 League. 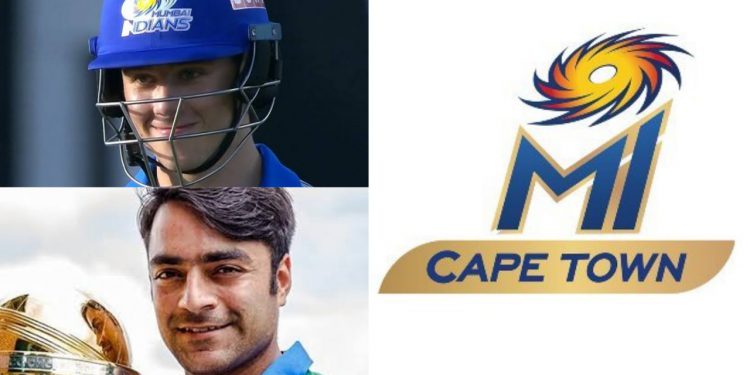 The six franchises of the CSA T20 League have roped in 5 players each for the inaugural season of the league. The names of the total 30 marquee signings were revealed by Cricket South Africa on Thursday. While the team-wise signings are not clear yet, the Mumbai Indians-owned Cape Town franchise has revealed the names of the players they have roped in. The selection of the core players so far by the MI Cape Town side has been brilliant as they’ve managed to sign big names such as Rashid Khan, Kagiso Rabada, and Liam Livingstone.

These are the first ever signings by the newly-formed six teams of the CSA T20 League. All the six teams have interestingly been bought by six of the Indian Premier League’s franchises. Reliance Industries Limited, which owns Mumbai Indians in the IPL, has bought the Newlands Cape Town franchise. The inaugural season of the CSA T20 League is to be played from January-February next year.

The MI Cape Town side has managed to integrate a good-looking core for the inaugural season of the South Africa T20 League. The franchise has signed arguably the best T20 spinner who is also the currently 3rd ranked T20 bowler, Rashid Khan. For the fast bowling department, express South African bowler Kagiso Rabada has been signed by the Cape Town side. Liam Livingstone, who is known for his power-hitting will also be seen playing for Cape Town in the CSA T20 League. Another England all-rounder, Sam Curran, has also been bought by the side. Young Dewald Brevis, who also is a part of Mumbai Indians in the IPL, is the side’s fifth marquee player.

The Caribbean duo, Kieron Pollard & Dwayne Bravo, will be seen playing for the Mumbai Indians-owned MI Emirates side in UAE T20 League. Nicholas Pooran is another Caribbean player who was bought by the side. The 20-year-old Will Smeed who recently smashed a 50-ball 101* in ECB’s 100-ball competition has also been roped in by the MI Emirates. The uncapped England player is the only player with a century in England’s “The Hundred” tournament so far. The UAE T20 League, like the CSA T20 League, will be making its debut in 2023 and will be played in a 34-match format across Dubai, Abu Dhabi, and Sharjah.