All You Need To Know About Dhoni Sister: See Dhoni’s Old Pics 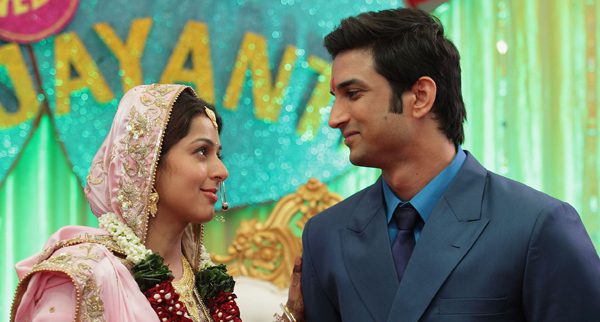 Mahendra Singh Dhoni is one of the popular cricketers of India and the demand of pics-videos of his personal life is very high. In the year 2016 biopic of MS Dhoni ‘The Untold Story’ has made a great hit on the box office. In the movie we all have seen Dhoni sister as a mentor role in his life. Every time whenever fans get any video related to Indian former it gets viral very easily.

In this article you will get to know all about MS Dhoni’s sister and will find their childhood pics. However, a younger sister is always a blessing for any brother. Since the movie released back in 2016 we all have come to know that how ‘Jayanti Gupta’ helped him in building his career.

Dhoni’s sister full name is Jayanti Gupta. She is elder to MS Dhoni and professionally she is an English Teacher. Team India former skipper’s elder sister, Jayanti Gupta is married to Gautam Gupta. Though in the movie we can see that how she did a fantastic mentor-ship in Dhoni’s life. In the early stages of captain cool’s career, full family was against pursuing him cricket as a career expect his sister. It was his sister ‘Jayanti Gupta’ who had shown faith in MS Dhoni and motivated him to play cricket.

Also Read: 10 cricket related movies and web series which you must watch

As ‘Raksha Bandhan’ is just near her sister is definitely waiting his brother to return back soon from Jammu and Kashmir. As Indian wicket keeper batsman currently serving in Kashmir Ghati and expected to return by 15th of August. According to the report Lieutenant Colonel will hoist Indian national flag on the occasion of Independence Day in Leh.

Bhumika Chawla Played The Role Of Dhoni Sister In The Movie

Bollywood actress Bhumika Chawla has played the role of Dhoni sister in the movie ‘The Untold Story’. She acted very nicley and shared a beautiful bond between a brother and sister. In the role of MS Dhoni, Sushant Singh Rajput has also done a fantastic work.

See Photos Of Brother and Sister

Meanwhile, Mahendra Singh Dhoni’s photos and videos has separate fan base. Dhoni always gets a huge attention of his fans when ever he share any multimedia content on social media platforms. As Raksha Bandan is just near every body want to know some thing about his sister. Here are some photos of MS Dhoni and his sister.