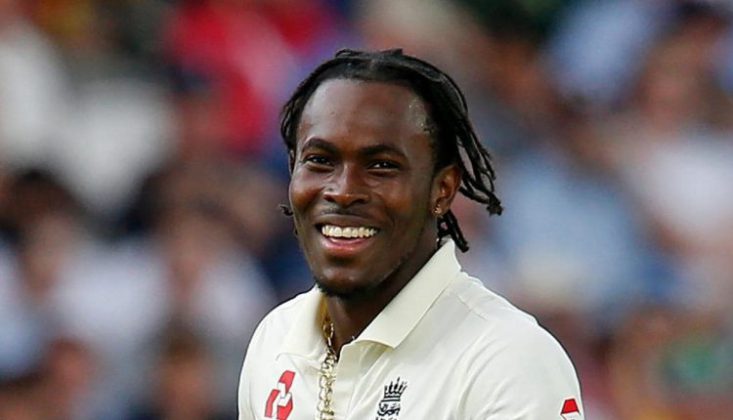 Recently, Jofra Archer was in the news for the wrong reasons. For one, he broke the set protocol which was imposed on the players as part of the safety measures towards the ongoing England-West Indies during this pandemic. And two, he was involved in a racial slur on Twitter. After being trolled over a racial slur, England pacer Jofra Archer hit back at a supposedly ‘Indian fan’.

Jofra Archer Dropped From Team
After breaching protocol, Archer who was axed from the England team had to also cope up with a fine and a hearing as well from the Board. In an instance, fans took too social media and lashed out at the speedster for his behaviour. However, Jofra Archer had hit back at the fan who had subjected the pacer to a racial slur. The fan lamented –

Jofra Archer Hits Back at Fan
The England pacer wasn’t one to sit back and take in with the racial abuse directed at him. It all started with Sky Sports Cricket sharing extracts of Archer’s claims of the abuse on their twitter page.

Archer hit back at the fan with a fitting response. Often fans mask their identity, create fake profiles and troll cricketers with uncalled for comments and remarks.

Come back when you can use your real name and real display picture 😘#warrior https://t.co/RuRoREyhzG

Archer expressed his frustration over being at the receiving end of such an experience. What he termed as a negative feeling that seeps in when you’re subject to a racial slur. He added, “And I sense a lot of negativity. Whenever something cricket related is posted, the reaction tends to be: he’s over-rated. It gets huge reactions from people. I have played eight Test matches. How can someone be over-rated that has played just eight games?” All Archer did to come out of it was distance himself from the negativity get himself in check with his mental health.

Jofra Archer Overcomes Online Trolling
Here’s how Archer found himself overcome it – “Over the last few days, I have unfollowed and muted a lot of social media profiles to get away from it. I won’t be going back on it. I find it unnecessary noise. Take two wickets and everyone is back on the bandwagon again. It’s a fickle, fickle world we live in,” Archer said. He has also directed all his complaints to the England and Wales Cricket Board (ECB).