The broadcast of the ENG vs PAK matches is available in more than 50 countries. 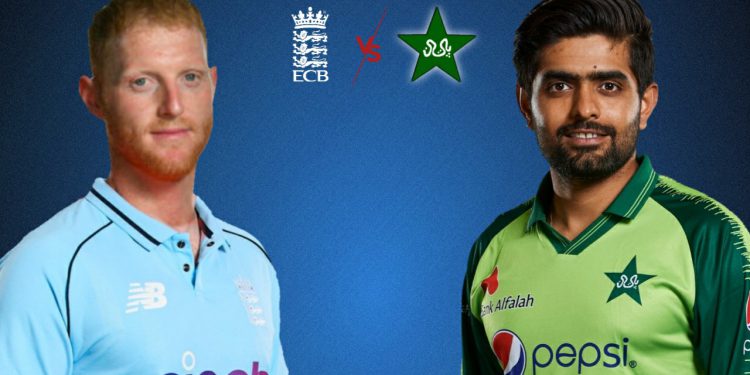 Pakistan’s limited-overs tour of England is set to kick off on the 8th of July. The two sides will meet in One-day internationals for the first time since the 2019 World Cup. The fans in India are also eagerly waiting to witness the rivalry between the two sides. The live telecast of the England vs Pakistan ODI and T20 series will be available on the TV channel in India. Also, the viewers will be able to stream all 6 matches. Below, you will find broadcast and streaming details of the upcoming ENG vs PAK matches.

Despite the three England players were tested positive for COVID-19 ahead of the ODI series, the matches will go ahead as planned. For the 3 ODI games, ECB has announced a Ben Stokes-led revised 18-man squad which includes 9 uncapped players. The series is definitely going to be a challenging one for England who recently enjoyed a lopsided tie against Sri Lanka. On the other hand, Babar Azam will lead the visiting team throughout the tour.

Due to the busy Euro Cup scheduled, Sony Sports Network telecasted England’s recently concluded series against Sri Lanka on Sony Six or Sony Ten 1. However, this time, the broadcasters have set only one channel to telecast England vs Pakistan series in India, which is Sony Six. The broadcast of ENG vs PAK 2021 matches will be available on both SD and HD channels.

Viewers who want to watch online can tune in to Sony Liv app. There is good news for Jio sim card users that they will be able to stream Pakistan vs England matches without a Sony Liv subscription. Jio TV app is offering access to the Sony Six channel to users who have an active unlimited data plan.

Broadcast channels in Pakistan, England and Other Countries

Sky Sports Cricket has the rights to broadcast England’s home cricket matches in UK while in Pakistan Ten Sports channel will telecast the series. Fans in Australia can enjoy the cricket on either on Fox Cricket or Channel 9. Below is the list of channels to watch the England vs Pakistan series in various countries.

A total of six matches; 3 ODIs and 3 T20Is to be played during Pakistan’s Tour of England 2021. Six different venues; Cardiff, London, Birmingham, Nottingham, Leed and Manchester will host the matches. As far as timing in India is concerned, live telecast of 1st and 3rd ODIs will commence at 5:30 PM and the 2nd ODI at 3:30 PM. While two of the T20Is will start at late night in India.