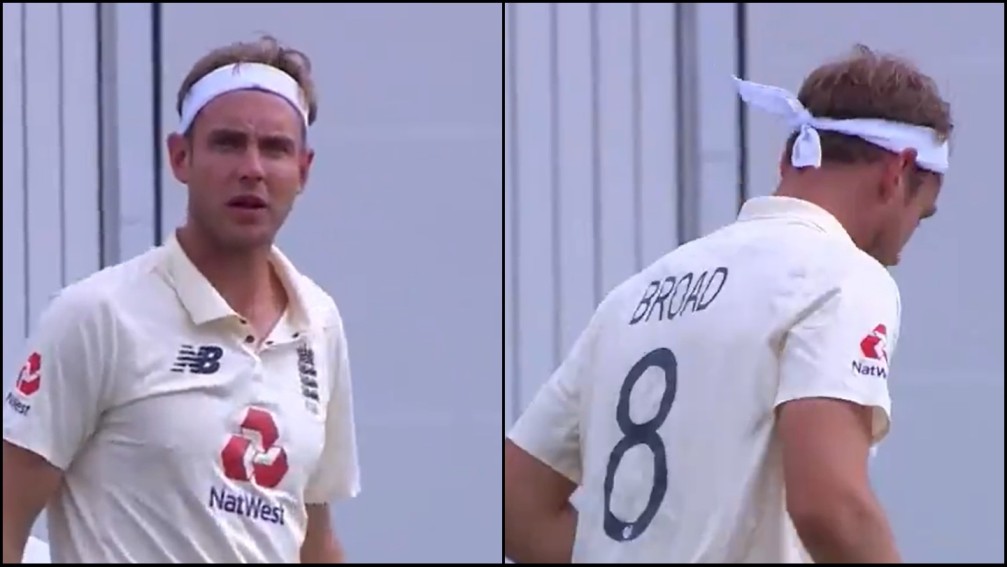 After giving a fantastic performance in the recently concluded series against West Indies, Stuart Broad is in his mettle against Pakistan too. The ace English bowler reached the 500-wicket mark in the second Test against West Indies. Broad joined an elite company of bowlers by achieving the feat as he became the only 4th fast bowler to do so.

After the series against West Indies, it was obvious to have high hopes from the bowler and he did not disappoint. When it comes to appealing, Broad tends to get a little more excited than usual and his excitement was on display on Day 2 against Pakistan. A humorous incident took place on-field with umpire Richard Kettleborough which involved Broad as well.

Broad was bowling to Shan Masood when the batsman missed the ball and it went on to hit his pads. Broad, in his usual excitement, appealed, but the umpire took quite a bit of time to raise his finger. Comically, Broad was looking at the wicketkeeper when the umpire raised his finger and it left him confused about whether he got his man.

Though Broad got his man, his antics left everyone in splits. England cricket shared the video of the same with the caption – “He’s out @StuarBroad8!” Shan Masood had already done his job before getting out to Broad. He scored 156 runs which helped the Pakistan team amassing a score of 326 in the first innings.

In response, England couldn’t bat to their potential and was all out on 219 giving Pakistan a healthy lead. No other batsman besides Ollie Pope was able to score a half-century. Broad went on to perform well in the second innings as well as he provided an early breakthrough to England by dismissing Shan Masood for a duck.

After establishing a lead, Pakistan was left reeling at 137/8 at the end of Day 3. They are leading with 244 runs and have a good chance to win the Test match.