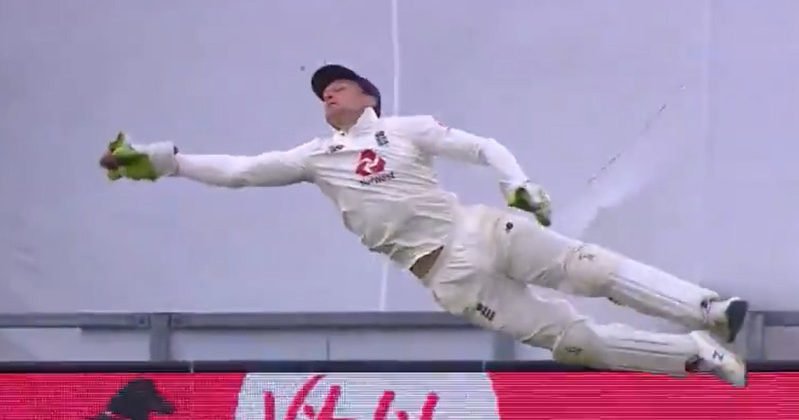 After having a wonderful series win against West Indies, team England is now locking horns with Pakistan. Both teams are playing a three-match Test series. The first game was won by England, however, the second match was badly affected by rain and ended in a draw. Now, England looks to seal the third game as well.

England has been dominant since day one and has given a hard time for all the Pakistani players. They amassed a massive score of 583 in the first innings and Pakistani bowlers weren’t good enough to bowl them out as England declared the innings with two wickets left.

A major finding for England in this series has been Zak Crawley who has shined with the bat and how! He played an astonishing inning of 267 and was praised by one and all. Jos Buttler was also in his element and went on to score 152 runs for his team.

A stunning take by Jos Buttler

England’s dominance continued in the bowling department too as they proved to be too good for the Pakistani batsman, however, the highlight of day 3 was a flying take by Jos Buttler behind the stumps. The wonderful catch by Buttler sent Shaheen Afridi back into the pavilion.

It was the 86th over of the Pakistani innings and the tail was already exposed. Shaheen Afridi was on the crease in front of Stuart Broad who bowled a short delivery down the leg to the batsman. Afridi hopped and tried to defend the ball which took the edge of the bat.

WOWWWW WHAT A CATCH!!

Buttler who was keeping the wickets flew full length and grabbed the ball one-handed. All the England players were amazed to see the sight. Afridi clearly couldn’t tackle the short ball angle from round the wicket.

At the end of day 3, Pakistan was all out on 273 and was given a follow-on. They are still trailing by 310 runs, so there is no chance for them to win from this situation, however, they can try and draw the match. England has a great chance of winning this one and if it happens, they will win the series 2-0.