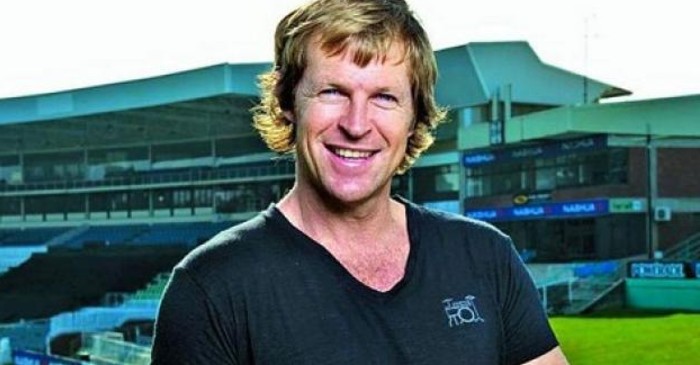 Jonty Rhodes shot to fame during the 1992 Cricket World Cup. In the years to follow, he had set a benchmark and had become a household name due to his brilliant fielding display on the cricket field. Fast forward to 2020, and even at 51, Jonty Rhodes shows no signs of ageing as he was seen taking a tumbling catch during a practice session with his Indian Premier League (IPL) team, the Kings XI Punjab.

Age Is Just A Number For Rhodes
Nothing, not even age seems to have taken its toll on Jonty Rhodes’ athleticism. Featuring as the fielding coach for his IPL franchise, the Kings XI Punjab, Rhodes was seen taking a flying one-handed catch. And it wasn’t just a one-off catch, Rhodes took a couple of blinders which was a pleasant treat to ones watching. The presence of Rhodes in the coaching department is sure to give the Punjab-based franchise a boost in their quest to win their first-ever IPL title. In a video posted by KXIP on Twitter, which was captioned – ‘Did you ‘catch’ that?’, Rhodes pulls off a stunning catch out of thin air. The post garnered likes and comments in no time.

Never too old to have fun in the @lionsdenkxip Can still manage to fly at 51, just the landing is a little bumpy #SaddaPunjab https://t.co/4KYKrxmwZW

Rhodes’ New Cricket Venture
Jonty Rhodes has his agenda set. Following the Indian Premier League ’20, Jonty Rhodes will be seen managing the Sweden National Team as their head coach. In a country where soccer is a dominant sport, development of cricket will be a challenging task for Rhodes. Just like the difficult catches he pulled off during his playing days, we can surely sense he’ll overcome his new challenges too.

Kings XI Punjab To Face Delhi Capitals
The Kings XI Punjab will start their IPL 2020 campaign against Delhi Capitals on September 20. With a line-up featuring powerful hitters in Chris Gayle, David Miller, Glenn Maxwell and captain KL Rahul himself, the Punjab side will fancy their chances against the Delhi side.

And with Jonty Rhodes around, we could just see a few blinders been pulled off or some full-length dives to stop a run or two. Perhaps a diving run out a.k.a Rhodes’ at the 1992 World Cup.