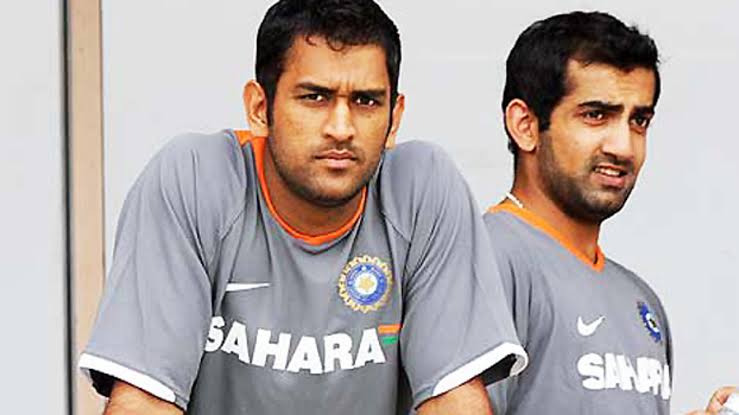 Former India opener Gautam Gambhir recently participated in a poll conducted by ESPNCricinfo where he had to choose between Ganguly and Dhoni as the better captain. Gambhir picked Ganguly saying that the team that Ganguly left is way better than the one left by Dhoni.

Former greats like Greame Smith, Kumar Sangakkara and former Indian opener Kris Srikkanth also took a part in the poll. There were different criterion to decide the better captain between Ganguly and Dhoni and one of them was ‘Teams left behind’.

When compared to Ganguly, Gambhir said that Dhoni has not given enough matchwinners to his successor Kohli. He said that Kohli, Rohit Sharma and Jasprit Bumrah are the only matchwinners given by Dhoni. Talking about Ganguly, he said that Ganguly gave Indian cricket the likes of Yuvraj Singh, Harbhajan Singh, Zaheer Khan, Virender Sehwag.

“When MS Dhoni finished (his captaincy stint), he hasn’t given enough quality players to Virat Kohli, apart from Virat Kohli himself and Rohit Sharma. Or Jasprit Bumrah now. There are not too many world beaters, or probably people who win you tournaments,” said Gautam Gambhir.

Gambhir’s remark on Dhoni’s legacy didn’t find many fans though and fans retaliated against the pick. Fans started reminding Gambhir about how many world class players Dhoni left behind after he gave up captaincy. One of the Dhoni fans tweeted the names of the world beaters Dhoni has given India:

Gautam Gambhir – Gambhir struggled under Ganguly and Dravid's captaincy. He was dropped from the 2007 World Cup squad. But Dhoni backed him since T20 World Cup 2007 and Gambhir saw the best phase of his career under MS Dhoni@GautamGambhir

Ganguly and Dhoni are two of the most successful Indian captains

Both the captains had a different approach towards their captaincy and handling certain situations on the field. They are two of the most successful captain India has produced. While Dhoni is the most decorated Indian captain of all time, Ganguly is regarded as the one who instilled a winning culture in the team.

Ganguly taught team India to win Tests on foreign soil. India won Test series in Pakistan, Zimbabwe and won Test matches in England and Australia. He also led India to the final of the 2003 World Cup despite all the odds.

On the other hand, Dhoni helped India to the top of ICC Test rankings for the first time. He also helped the team win Test series in New Zealand and win Test matches in South Africa and England. He is the only captain to have won all the three ICC tournaments. Since both the captains have given their best for the team, it is unfair to compare the two. In fact, the comparison has left the fans divided.