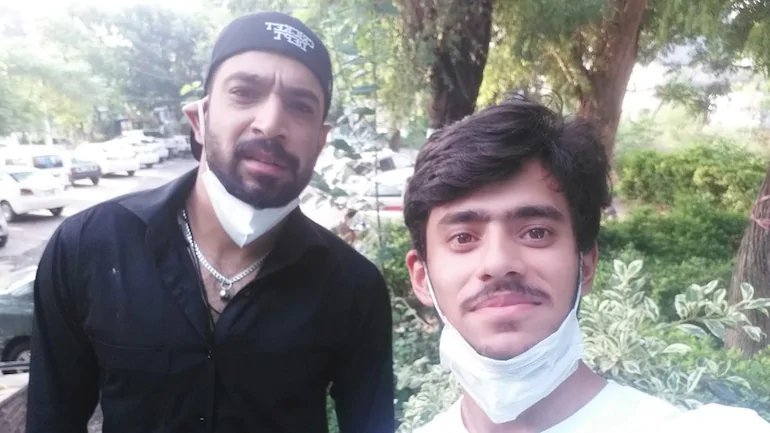 It’s one for the precious photo collection. That’s what every cricket fan wants to add to when he pictures himself alongside a cricketer. However, in a rather bizarre turn of events in Pakistan, a fan who took a selfie with Pakistan bowler Haris Rauf was in for a shock when it was later known that the cricketer had tested positive for Covid-19. Well, the selfie could be one to cherish but it’s come at a cost.

Fan’s Moment Of Shock
The fan who took the selfie with bowler Haris Rauf was left in disbelief on knowing that cricketer had failed his Covid-19 test. Pace bowler Haris Rauf had tested positive for Covid-19 on two continuous tests. The fan, after posting the selfie on Facebook was curious to know about the pacer not being part of the Pakistan team which is to play a test and T20 series in England. It was only then that he learnt that Rauf was not part of the squad because he had tested positive. 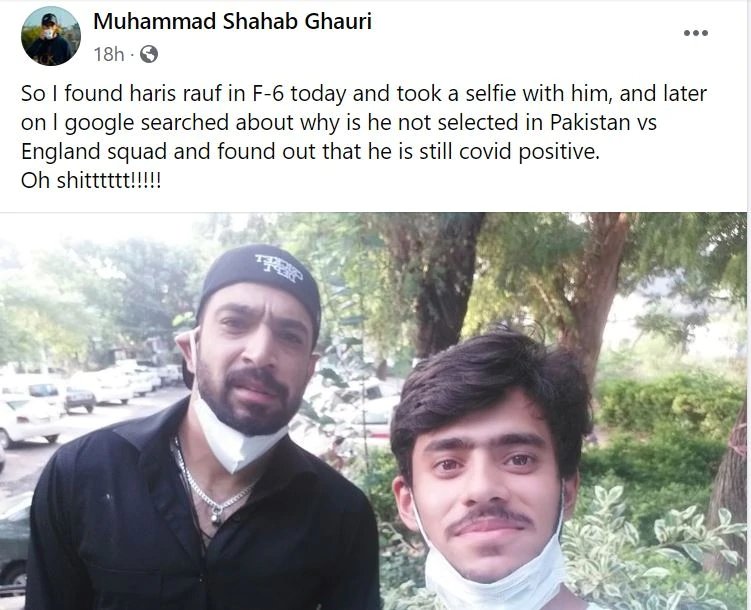 Haris Rauf Tests Positive For Covid-19, AGAIN!!!
As per the set precautionary and medical standards followed in Pakistan, a player is required to test negative in two back to back Covid-19 tests in order to be eligible to fly out of the country. However, cricketer Haris Rauf had tested positive in five out of the six tests he had undergone. Thereby, sending him into self-quarantine for 10 days and subject to a retest thereafter.

Haris Rauf To Miss England Tour
The failed Covid-19 test resulted in Haris Rauf losing his place in the team which to play a test series in the United Kingdom (UK). The tour will comprise a three-match test series followed by three T20s