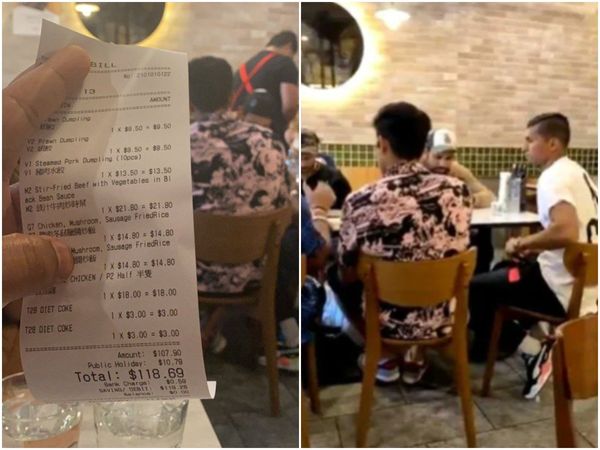 The Indian test team has come under heavy scrutiny after five team members were spotted dining in an indoor restaurant in Melbourne. Currently, the men-in-blue are stationed in Australia for the ongoing 4-match Border Gavaskar series. Under the COVID-19 precautionary protocols, players have to be extra mindful about maintaining social distancing at all points of time.

But a series of recent developments leads to suggest that Rohit Sharma and four other players accepted food from a fan (Navaldeep Singh) in the Secret Kitchen restaurant. More concerningly, there’s a strong likelihood that Rishabh Pant engaged in a hug with the said fan. If found true, then the Indian test team will be in direct violation of the prescribed Standard Operating Procedure (SOP). Consequently, they can face strict action from the International Cricket Council (ICC) for breaching the bio-bubble rules.

Both the BCCI and Cricket Australia(CA) are still conducting their investigations. For the time being, the team and the players in question- Rohit, Rishabh, Shubman Gill, Prithvi Shaw, and Navdeep Saini- are safe from legal repercussions. Although they will have to isolate themselves from the rest of the team until further notice.

Twitterati calls out Rohit Sharma and co for consuming beef

But as it turns out, their food preferences haven’t gone down too well on social media. Several hours after the details of the restaurant incident became public, Twitter users noticed that the bill featured a beef-based food item. Consequently, several fans called out the players for consuming cow meat. Some of them weren’t as offended, though, and took a light-hearted stance on the matter. Here are some of the popular tweets. (Please note that we aren’t supporting any particular point of view on this matter.)

Some Indian after watching this bill. pic.twitter.com/HTqERoncph

Culinary choices aside, team India will face Australia in the third test match starting from January 7 at the Sydney Cricket Ground. Fast-bowlers T Natarajan and Shardul Thakur were fast-tracked into the team after Umesh Yadav copped a calf injury that ruled him out of the series. Australia, meanwhile, would be eager to welcome their stalwart David Warner back into the side.