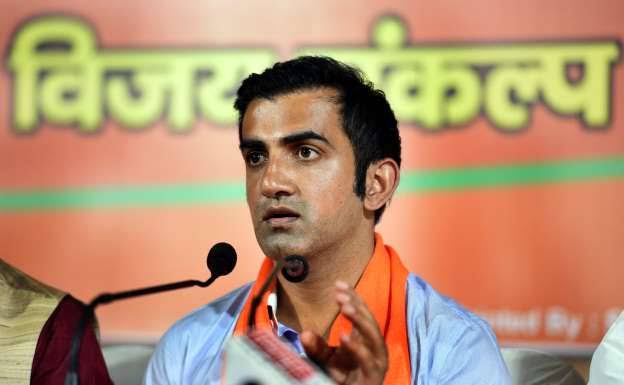 Fans Criticised Gautam Gambhir For Politicising Delhi’s Pollution Issue: On November 3, Team India and Bangladesh have to play a T20I match at Arun Jaitley Stadium in Delhi. Meanwhile, the pollution level of the capital is very high and earlier there was talks of shifting the match from Delhi. However, now the capital of the country has got the clearance to host the first T20I between India and Bangladesh.

No Surprises that fans and players are thinking about Delhi’s pollution level rather than focusing on the only match. Delhi air has reached a toxic level from quite some time now. The overall Air Quality Index level has crossed the mark of 400, on Wednesday. And this is the stage of worries as the present condition of the national capital is not promising.

The former Indian cricketer, Gautam Gambhir who recently won the election form East Delhi, never miss the chance to criticise his party’s arch-rivals AAP (Aam Aadmi Party) in Delhi. Currently, AAP is the ruling party of the national capital. On Friday, Gautam Gambhir tried to take a dig at the ruling party AAP with the present condition of the Delhi. Actually, Gambhir has come up with a cheeky tweet to criticised Aam Aadmi Party. He posted a video of Bangladesh player wearing masks during the practice session and wrote, “क्या यही है…”AAP” की दिल्ली (Is this.. AAP’s Delhi).”

However, Fans criticised Gautam Gambhir for his Politicising tweet over the condition of Delhi. As they think this is the time to work together for the well-being of the country rather not to criticise anyone. This is not the first time Delhi is going to host a match in such conditions. In 2017 too, India played a match against Sri Lanka under polluted air. Visiting team players had faced problems in breathing and they had decided to wear masks while playing. But homeboy Virat Kohli had smashed a double ton in that match.

Here are some reaction of the fans over Gambhir’s Tweet

How about this? Don't be biased @GautamGambhir, be a good politician not cheap like others. @ArvindKejriwal @ndtv @PrakashJarwal pic.twitter.com/Bj8YBK1OEM

Dear Gautam, yeh Delhi AAP ki, meri aur hum sab ki hai. It's nt the time to criticise anyone rather look fr the solution. See wht u and we can do to combat this problem.

Delhi is the capital of our country. Would you play politics or work with the state government and try to solve the problem. Nationalism only happens when it is against Pakistan. Sad but true !!! I know this is outside your syllabus

Matlab whatever wrong & unfortunate happens in Delhi, Kejriwal is responsible. And whatever positive happens, credit goes to Modi. Wah Re Gautam Gambhir. Salute your moral bankruptcy !! …🙈🙉🙊🙄

U are warrior on cricket pitch. . By raising this question u are raising question for urself… How it could be delhi of only AAP?..mismanagement from govt. Of haryana and Punjab are responsibile for this.u have any guts to mark them ?.Or just u are firing only on arvind kejriwal

Not AAP ki Delhi…. HAMARA Delhi… Don't use everything to degrade something.. You too are in power and if you can…come with solution to change the scenario.. Hate speech or words could not deliver what is required fot the situation..

Sir now we know @GautamGambhir as politician not as a sports man. Your this tweet really disappoint me and may many other people also ……..you know the reason behind Delhi's pollution………despite of that you are tweeting like this. Congratulations for becoming politician

Agree there is AAP govt in Delhi n they re not capable enough to control air pollution but as MP of central govt why dnt you take step in solving this issue. Including PM,President n other party leaders are in Delhi. Why no necessary measures?? It’s shame in front of Bangla team.