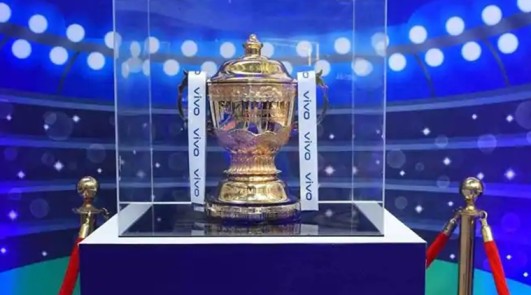 Amidst the recent developments surrounding the 13th edition of the Indian Premier League, there was a cloud of controversy hovering over. Indian cricket fans have been left furious after the BCCI (Board of Control for Cricket in India) decided to retain Chinese mobile brand VIVO as the title sponsor for this year’s IPL. It comes at a time when there are growing tensions between India and China at the international border.

BCCI’s Decision To Retain VIVO
In the aftermath of the clashes at the border between troops from both countries, even resulting in the deaths of few Indian soldiers, there were strong protests across the country to ban the use and import of China manufactured products. On Sunday though, the team governing the Indian Premier League (IPL) decided to stay with Chinese mobile brand VIVO as the title sponsor for the upcoming edition. A decision that hasn’t gone down well with the fans and left some of them furious and called for a boycott of the cash-rich T20 league.

Fans Furious With BCCI’s Decision
There was outrage among fans on learning about BCCI’s decision to consider VIVO as the title sponsor for IPL 2020. They vented their frustration on social media and trolled the BCCI and its the management for the decision. Most of them heavily criticized the board for retaining the Chinese mobile brand in spite of nation-wide protests over the boycott of Chinese manufactured products. The outraged fans even called for a boycott of the league if the decision to go ahead with VIVO as the title sponsors is not revoked.

Irony many people will tweet from Vivo/Oppo/MI all Chinese phones 🤣 pic.twitter.com/natDi2iNYH

Meanwhile how many using #BoycottIPL tag from Chinese phones😂😂 pic.twitter.com/ZnIgnqZRPs

While cricket fans in India are happy knowing #IPL2020 schedule.
Le Chinese companies to Indians be like :#BoycottIPL pic.twitter.com/e5I6mtsB2r

When you are waiting for IPL from 5 months and now you see #BoycottIPL is trending on Twitter
Cricket lover you* pic.twitter.com/5cCqwLS1Wm

BCCI Reviews Sponsorship Deal
The BCCI claims they had never called for discontinuation of a sponsorship deal with VIVO; citing that it could cause the board to pay a certain fee to VIVO if the deal was discontinued. “We said we will review sponsorship. Review means that we need to check all the modalities of the contract. If the ‘Exit Clause’ favours VIVO more, why should we terminate a Rs 440 crore per year contract? We will only terminate if ‘Exit Clause’ favours us’, said a BCCI official.

With fans left furious after the BCCI’s decision to retain VIVO as title sponsor for IPL 2020, it’s a matter of time to see how the board and government work out the arrangements that’ll favor the league amidst these tensed times.