A total of 63 matches will be played in Football World Cup and all matches can be watched in India. 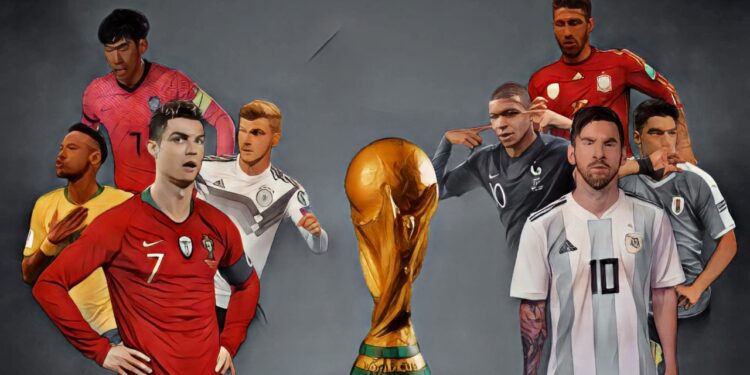 The biggest football event of the decade is around the corner. Qatar is going to host the FIFA World Cup 2022 from November 20 and the tournament will conclude on the 18th of December. India is not among the 32 nations which are going to compete for the golden trophy but that doesn’t mean that India is not part of the celebration. The craze for WC in India is as big as in any European country. Meanwhile, fans are asking which channel will telecast Fifa World Cup 2022 in India. In this space, you will find FIFA WC 2022 broadcast, streaming details, and schedule.

Defending Champions France and 5-time Champion Brazil are among the favorites to win the title. Messi-led Argentina is also confident after winning the latest edition of Copa America while Cristiano Ronaldo will be eying to get his hand on the trophy in his last outing for Portugal as far as WC is concerned. 32 teams from 5 confederations have confirmed their spots and are divided into 8 different groups.

Viacom-18 has owned the rights to broadcast and stream Football World Cup in India. So, fans here can watch the live telecast of the FIFA World Cup on Sports 18 & Sports 18 HD channels. It is available on cable TV and various DTH services in the country. FIFA WC matches can also be watched for free on DD Dish.

As Viacom 18 has digital rights too, the Voot app will provide the live streaming of the Football World Cup. The company has also announced that matches will be streamed on the JioCinema app which can be accessed on Mobiles, Tablets, and TVs.

The tournament will commence with a match between the host nation Qatar and Ecuador. A total of 48 group matches to be played and each team will play 3 matches. Post which 2 teams from each group will qualify for ‘The round of 16’, the knock-out stage which will be followed by quarter-finals, semi-finals, and the final.