Argentina vs France Final can be watched on various TV channels and OTT apps in India. 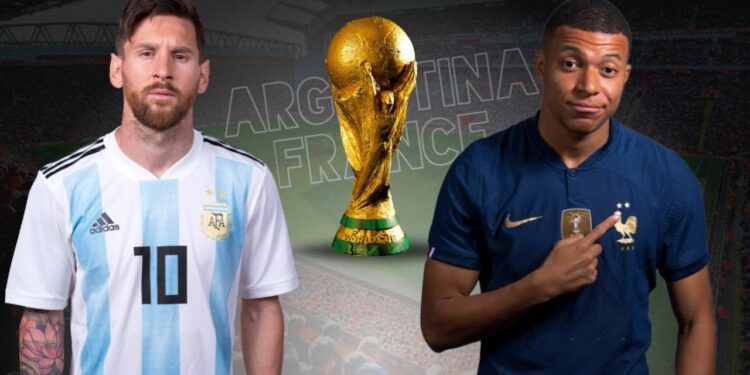 On Sunday, PSG’s Lionel Messi and Kylian Mbappe will become rivals as they will meet in the biggest match of the year. Argentina and France both are eying their 3rd FIFA World Cup title. The iconic game will be watched all around the globe and fans in India too are asking where to watch Argentina vs France match. Below, you will find on which TV channel you can watch FIFA Football World Cup Final’s live telecast in India and which OTT app will stream Argentina vs France game.

Argentina are gearing up for their 6th Final while the defending champion France will play the title match for the 4th time. Both sides have won two trophies each to date, so, on Sunday, one of these two will lift their 3rd title. In Qatar, the game will kick off at 6:00 PM while in India the live telecast of Football FIFA World Cup Final will commence at 8:30 PM.

The ongoing event is breaking viewership records in India, all thanks to Viacom 18’s unique strategy. Viacom18-owned Sports 18 channel is broadcasting the Football World Cup in India. The channel is available on various DTH services and on cable in India. DD Free Dish users can also witness Argentina vs France Final on DD Sports 1.0 and Sports18 Khel channel. Viewers who want to watch it in Hindi commentary need to subscribe to the MTV HD channel. Below you can check Sports 18 channel number in different satellite television services.

Argentina vs France channel numbers on DTH services in India:

Viewers can watch FIFA World Cup Final game’s online streaming for free in India. Jio Cinema app is the official digital partner of the event and it can be downloaded on mobiles, tablets, smart TVs. It’s a totally subscription-free app.

There are some alternative ways to watch Argentina vs France FIFA world Cup final. Sports 18 and MTV HD channels are available on Jio TV app, so, Jio sim users with an active data plan will be able to access these channels on the mentioned app. Vi Movies and TV app is giving the same service to Vi (Vodafone Idea) sim users. Unfotunately, Airtel Xtreme app does not have these channels where FIFA World Cup Final can be telecasted live.

Tata Sky users who have activated Sports 18 channel on their set-of-box can also watch Argentina vs France Final on their mobile devices by downloading Tata Play app.

In Pakistan, fans can tune in to A Sports HD for the live feed on TV. People in Bangladesh can enjoy ARG vs FRA game’s broadcast on BTV, T Sports and GTV while Toffee app will stream the game in country. In Australia, SBS owns the rights to telecast FIFA WC. While in UK and USA, Fox Sports and BBC One respectively are the channels where viewers can watch the big game. Here is a list of FIFA World Cup broadcasters around the world.