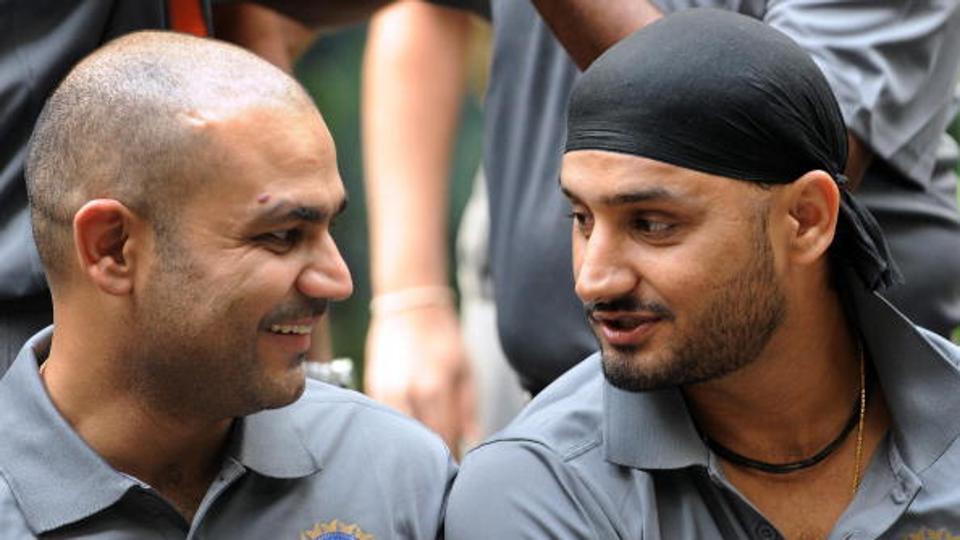 It’s very entertaining to see teammates strike interesting conversations among themselves. Former players often reveal interesting snippets about each other while doing Hindi commentary, and fans really enjoy such conversations. Yet, best friends often find a way to chat and entertain audiences even outside of the comm box.

Former India players Virender Sehwag and Harbhajan Singh showed a glimpse of how good a rapport they share as they exchanged some hilarious bits of dialogue on Twitter.

On Wednesday, Sehwag posted a video ad of the popular Indian adhesive product Fevicol. Sehwag has, on multiple occasions, endorsed Fevicol and other products of its manufacturing brand, Pidilite. The video Sehwag posted was a commercial celebrating the 60th anniversary of Fevicol.

The video showcased montages of a sofa that remained intact even after 60 years, thanks to the Fevicol glue that was used to bind its joints together. Reflecting on the emotional ad, Sehwag tweeted (tweet below).

Translation-I only struck spinners for 14-15 years, but they have been sticking things for 60 years.

‘Viru’, as people fondly call him, was known to be particularly aggressive towards spin bowlers. He even brought up his first test triple century by hitting Pakistani off-spinner Saqlain Mushtaq for a six. He once even joked in an excerpt, that barring Sri Lankan legend Muttiah Muralitharan, he did not treat any other spinner with respect.

Translation-Viru you averaged 91 against Pakistan spinners, but not every spinner is Pakistani.

Harbhajan and Sehwag played together for the Indian team since 2001 till nearly the close of 2012. Bhajji and Viru starred in both of India’s World Cup wins, the T20 WC in 2007 and the ODI WC in 2011.

Over the years, they have faced off against one-another in the IPL, with Bhajji playing for the Mumbai Indians and Chennai Super Kings, while Sehwag played for the Delhi Capitals and Kings XI Punjab. Both are very good friends off the field, and their conversations are very entertaining. They last did Hindi commentary together in the 2019 World Cup and shared some great incidents to the viewers.