Virat Kohli will not lead RCB from this season and the franchise is in search of a new skipper. 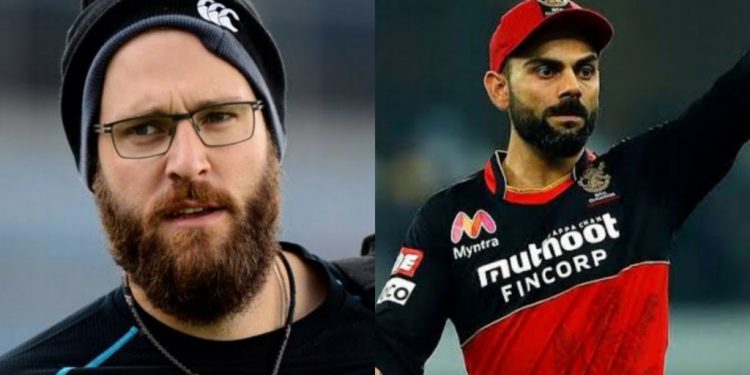 Royal Challengers Bangalore (RCB) is one of the few teams that does not have an Indian Premier League (IPL) title. Led by Virat since 2013, the team managed to reach the playoffs quite a few times but could not cross the final hurdle.

Last year was supposedly Virat’s last chance of putting the trophy under his belt as the skipper had already announced his retirement from captaining RCB even before they played their first match in the second leg of IPL 2021. Unfortunately, it was not a happy ending as the side again succumbed to pressure in the playoffs.

What we know so far is that this year we will see a new captain leading the ‘Play Bold Army’ but the name is not out yet. Ahead of the upcoming mega auction, RCB announced their 3 retentions- Virat Kohli, Glenn Maxwell and Mohammed Siraj.

Putting forward his view on the same, former RCB skipper and coach Daniel Vettori disclosed his pick for the next leader of the Bangalore-based franchise. Naming Glenn Maxwell as Kohli’s successor, Vettori feels that the side could benefit a lot if they handover the captaincy to the Australian.

“Glenn Maxwell will be the likely heir to Kohli. He produced the goods last year and was an exceptional player for them. He has the experience of captaining the Melbourne Stars (in the Big Bash League). We talked about most teams wanting to find a captain when they retain players,” Vettori was quoted as saying on ESPNcricinfo.

“I think it has happened too often that teams have to figure out a way, know whom to find in the auction, which can cloud your thinking at times. So I do believe that Maxwell will be named captain. It could be just for one season… to see how it goes, but it’s a pretty good stop-gap measure built for the future.

Maxwell was RCB’s mainstay in the batting department last year. He and Virat have a lot of things in common and Vettori said that it could work in the favor of the franchise.

“I think that there is a reward for performance. I’m sure Kohli had a huge say in this. He wanted to set the way to allow someone that he didn’t really interact with to come in and lead the team. So I can see Kohli and Maxwell being in good spirits. They have been aggressive on the field and have similar demeanours. I believe that it would have played a part. We can speculate a little, but it seems like the likely scenario,” Vettori concluded.