The former India captain is set to be seen in action in the month of September. 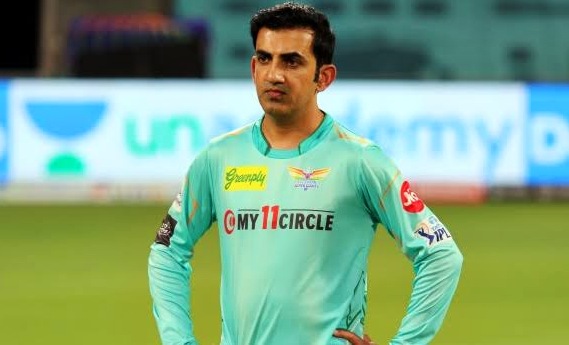 Former India left-hander Gautam Gambhir has confirmed that his return to the cricket field under playing capacity is not too far away. The news comes as a blessing for those who love the stylish batsman.

It was the purple patch of Gautam Gambhir that played a pivotal part in India’s surge to the number 1 position in test cricket. He also led Kolkata Knight Riders to two IPL trophies.

The 40-year-old icon has confirmed that he is set to be a part of the second season of the Legends League Cricket.

“I am glad to share that I have committed to take part in the upcoming Legends League Cricket from September 17th onwards. I’m excited in anticipation of being on a cricket field once again. It’ll be a privilege and an honour to rub shoulders once again with the glitterati of world cricket,” Gautam Gambhir has been quoted as saying in an official release.

On September 16, a one-off exhibition match is scheduled at Eden Gardens, Kolkata where India Maharajas will clash against The World Giants.

Following this, a 15-match tournament under the name ‘Legends League Cricket’ will be played from September 17, in which Gauti will be a part of the Indian Maharajas.

The Chief Executive Officer (CEO) and co-founder of the Legends Cricket League, Raman Raheja has also addressed the arrival of Gautam Gambhir.

“Who will ever forget Gautam’s match-winning 97 runs in the 2011 WC Finals?” I am sure fans will be expecting to experience the same nerve-chilling performance(s) from Gautam and other iconic players in (LLC) Season 2″.