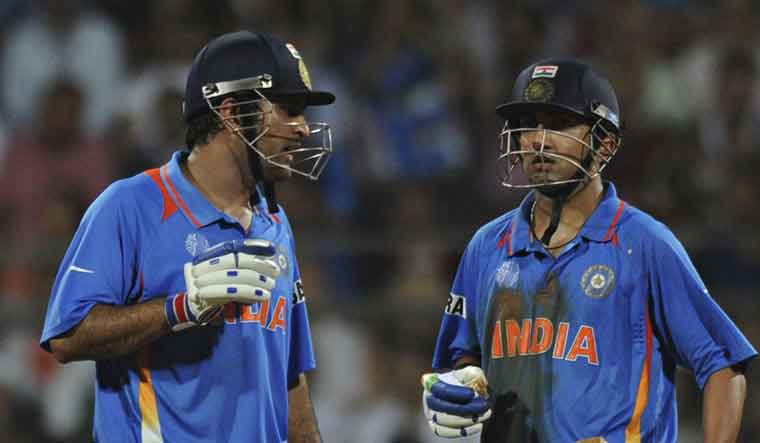 Last year, Gautam Gambhir had taken retirement from all forms of cricket. Following the retirement, the cricketer had joined political party Bhartiya Janta Party and has won the Lok Sabha election. He is currently serving as Member of Parliament from East Delhi. However, Gambhir is still active in cricket as a commentator.

Best ever innings of Gambhir’s career is 97 runs knock in World Cup 2011 final. His knock is special because he handled the situation when the Indian team was under pressure as both Sachin and Sehwag were departed on 31 runs. Gambhir built an 83-run partnership with Virat Kohli.

After the wicket of Kohli, MS Dhoni had made one of the biggest decisions of Indian cricket history. Dhoni decided to promote himself at the batting order in place of Yuvraj Singh. After 3rd wicket, both Gambhir and Dhoni took forward India’s scorecard with the same momentum. Gautam Gambhir got out scoring 97 runs while Dhoni hit the World Cup-winning six of India.

Fans always compare Dhoni and Gambhir’s knocks in the final. They think if Gambhir had completed his century he would have received man of the match award. But real fans know both innings were equally important. However, Gautam Gambhir feels he missed his hundred that day because of Dhoni. In a recent interview, Gambhir revealed how Dhoni distracted him with his advice and following which was out on 97.

Gambhir said, “I tell every youngster and every person that before getting to 97, I never thought about my own individual score but looked at the target set by Sri Lanka. I remember that when an over was completed, I and Dhoni were at the crease. He told me that ‘these three runs are remaining, get these three runs and your hundred would be completed,”

He further added, “That’s why… till I was on 97, I was in the present, but as soon as I thought, I am three runs away from getting a hundred, then that rush of blood caused by the desire to get to a hundred (took over). That’s why it’s so important to remain in the present… when I was walking back to the dressing room after being dismissed, I said to myself that these three runs would trouble me for the rest of my life and that is true. Even to this day, people ask me why I couldn’t get those three runs,”