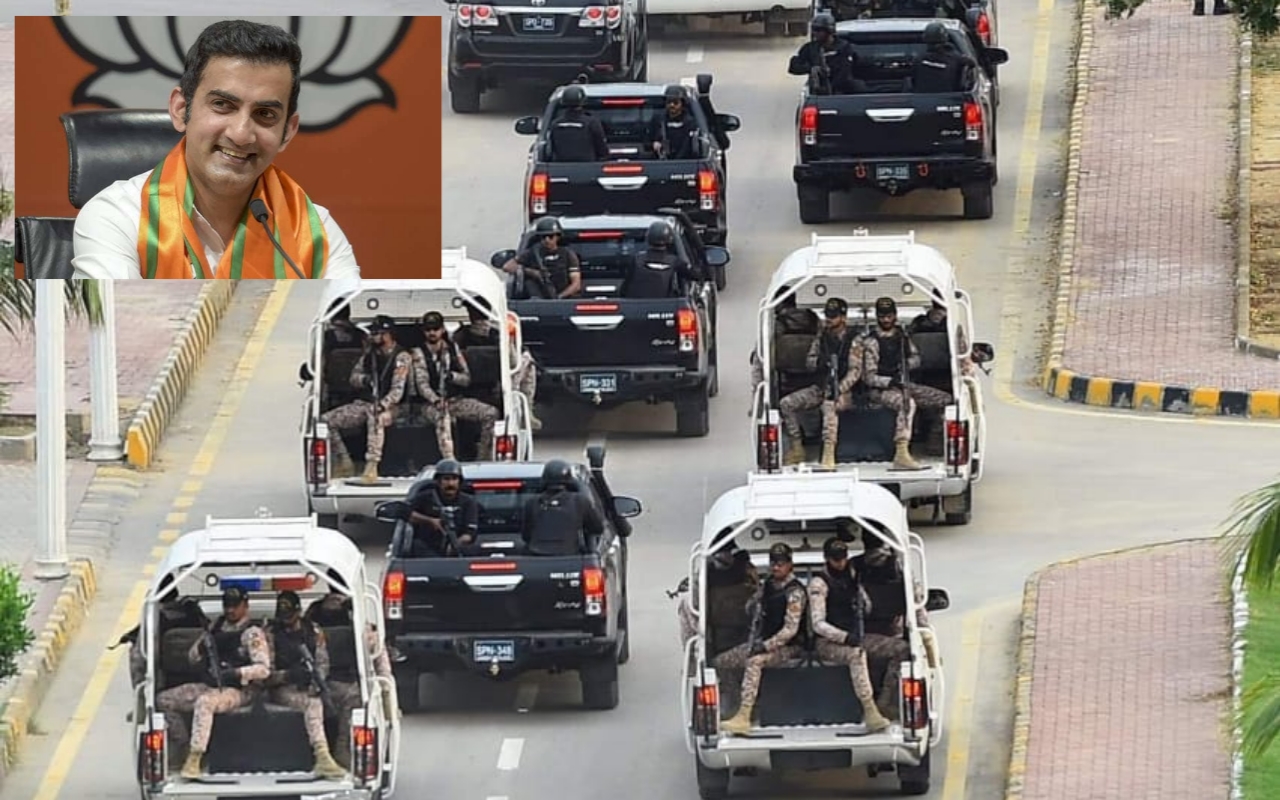 Gautam Gambhir Having Fun At Pakistan’s Security For Srilanka Team: Currently, Sri Lanka team is in Pakistan for their 3 matches ODIs and 3 matches T20I series. As Pakistan is hosting the major International tournaments in Pakistan after a long time. Way back in 2009, Terrorists attack on Sri Lanka’s team had blocked the paths of International cricket in Pakistan. And now after a long time, Pakistan Cricket Board is hosting the tournament.

Earlier, when the Sri Lankan team had announced for this ongoing tour, 10 majors players had refused to travel to Pakistan. The 10 players have refused to travel Pak because of security concerns. And then Sri Lanka Board chose another team for the tour. Even PCB promised to give their best security to the players.

Now when Pakistan vs Sri Lanka series is on the verge, the Sri Lanka team is getting security which is extraordinary for any cricket team. Sri Lanka team is getting security like they are in the war zone. And even the local of Pakistan are making fun of their country’s condition. Recently, Indian former cricket Gautam Gambhir has shared a video on his twitter handle which is the evidence of Pakistan country’s condition.

Meanwhile, the first match of ongoing Pakistan vs Sri Lanka ODI series had abandoned due to rain. And in the second match, Pakistan has beaten up Sri Lanka by  67 runs. And now the third match of the series will be scheduled on 2nd October at the same venue in Karachi.