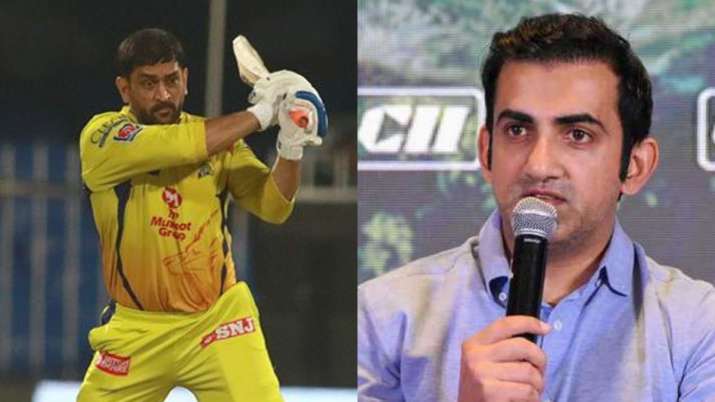 Former Indian opener Gautam Gambhir has quite a reputation for being blatant with his insights; especially when it comes to his former captain, Mahendra Singh Dhoni. On Tuesday night, the Dhoni-led Chennai Super Kings succumbed to a 16-run defeat against the Rajasthan Royals in their second IPL match. Gauti, analyzing the match at ESPNCricinfo’s post-match show, made some blatant points about CSK’s and, by extension, Dhoni’s flawed gameplan.

CSK didn’t have the ideal start in the match; as an on-song Sanju Samson (74 off 32) collaborated with Steve Smith (69 off 47) to stitch a defining 121-run partnership. The likes of Sam Curran and Piyush Chawla did open up a slight avenue of comeback, by claiming some key wickets in the middle overs. But a 30-run final over from Lungi Ngidi blew that advantage out of the water; leaving CSK in pursuit of an imposing target of 217.

Coming to the chase, openers Murali Vijay and Shane Watson started strong, and added 50-runs in the first five-overs. But that momentum soon got derailed by the Rajasthani leggie pair of Rahul Tewatia and Shreyas Gopal. The spin-bowling duo impressed with their guile and precision and accounted for four of Chennai’s top-order batsmen. CSK weren’t able to recover from those successive strikes, clearly evidenced by their low-scoring rate in the middle overs. Captain Dhoni and Faf du Plessis tried spicing things with some eleventh-hour pyrotechnics. But their intent arrived a little too late.

Over on social media, fans and pundits criticized Dhoni for demoting himself down the batting order ahead of Curran, Kedar Jadhav, and Ruturaj Gaekwad. But arguably the most scathing bit of commentary came from Gambhir during Cricinfo’s T20 time-out segment. The 2-time IPL winning captain raised questions on Dhoni’s peculiar decision choices. He even went on a quote to say that the match was finished long before MSD and Faf played their cameos.

“I was a bit surprised, to be honest. MS Dhoni batting at No. 7? And sending Gaikwad and Sam Curran before him. Makes no sense to me. You should be leading from the front. And this is not what you call leading from the front. Batting at number seven when you are chasing what 217? The game was over. Faf was probably the lone warrior,” Gambhir noted.

CSK play their next match against the Delhi Capitals on Friday at the Dubai International Stadium. They’ll be eager to resolve the conundrum around their batting order and should also try accommodating a sixth bowling-option in their line-up.