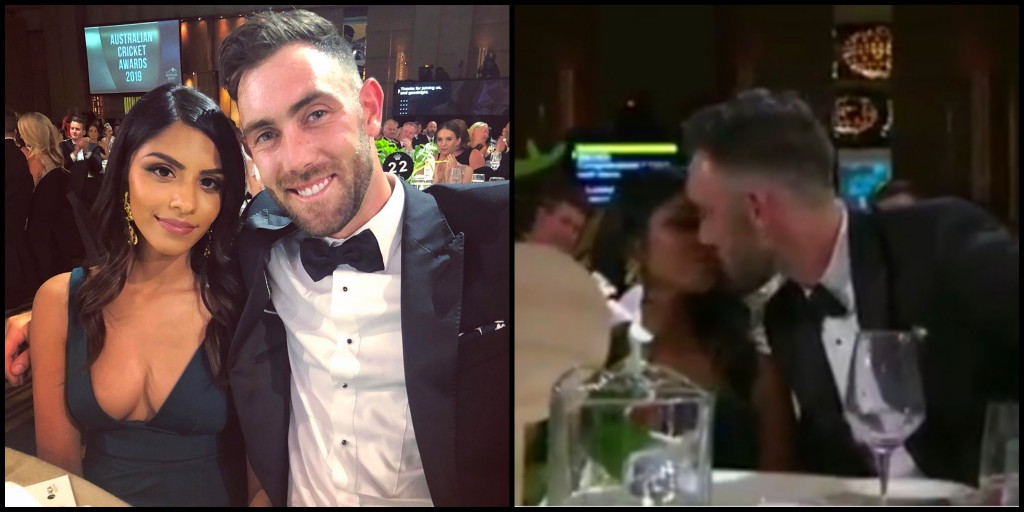 Recently, Pakistan bowler Hasan Ali married an India girl from Haryana named Shamia Arzoo. The girl is a flight engineer with Emirates airlines in Dubai. Their mutual friend brought them together and after falling in love both decided to marry. Now, Australian batsman, Glenn maxwell is also in line to marry an Indian girl.

Meanwhile, Pictures of Maxwell with a girl named Vini Raman taking rounds on the internet. Vini Raman’s Instagram account is filled with adorable pictures with Glenn Maxwell. According to her Instagram bio, she is a pharmacist based in Melbourne, Australia. She is dating Maxwell for two years now. Maxwell too has posted his lovely pictures with her.

If Maxwell marries her he will not be the first Australian cricketer to marry an Indian girl. Shaun Tait has also married an Indian model named Mashoom Singha. Tait got in touch with her during an IPL party and the couple married in 2014.

However, before Vini, Maxwell was dating Australian journalist Candice Wyatt. But the cricketer broke up with her after a 8 months of romance. Interestingly, the cricketer had left his long-time girlfriend for the stunning reporter. It shows Glenn Maxwell having a colourful dating life.

Glenn Maxwell currently playing in England’s T20 Blast. He had a forgettable World Cup and following didn’t get a place in Ashes squad. However, he is looking in great touch in the ongoing T20 league.