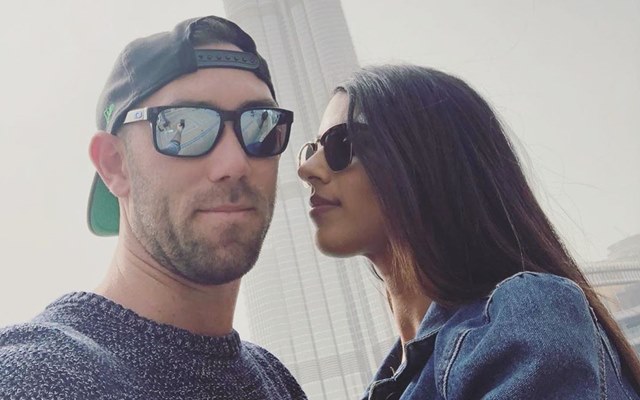 Australian allrounder Glenn Maxwell had taken a sabbatical last year citing mental health illness or rather a case of depression. After recovering and deeming himself fit to play, Maxwell is currently part of the ongoing Indian Premier League (IPL) featuring for the Kings XI Punjab. And recently, Maxwell’s wife Vini Raman hit back at a fan who had trolled her husband over his mental health.

Vini Raman Lashes Out At Fan
More than often cricketers face the wrath and get trolled on social media for the wrong reasons; Glenn Maxwell was a victim of the same. A fan recently mocked Maxwell’s mental health issue in reply to a social media post by his wife Vini Raman.

Vini Raman wasn’t one to sit back and she lashed out at the fan, giving a fitting response. Moreover, the fan’s comment was uncalled for and completely discriminatory over skin color. Vini had posted a throwback pic of hers and Maxwell from the last trip to the UAE, and wished if she was with him around this time too. To this, the fan had written – “Ditch the mentally troubled white boy….”. This hadn’t gone down well with Vini Raman who hit back with a suiting response to the ‘fan’ for being someone in a hidden identity and going around trolling people. 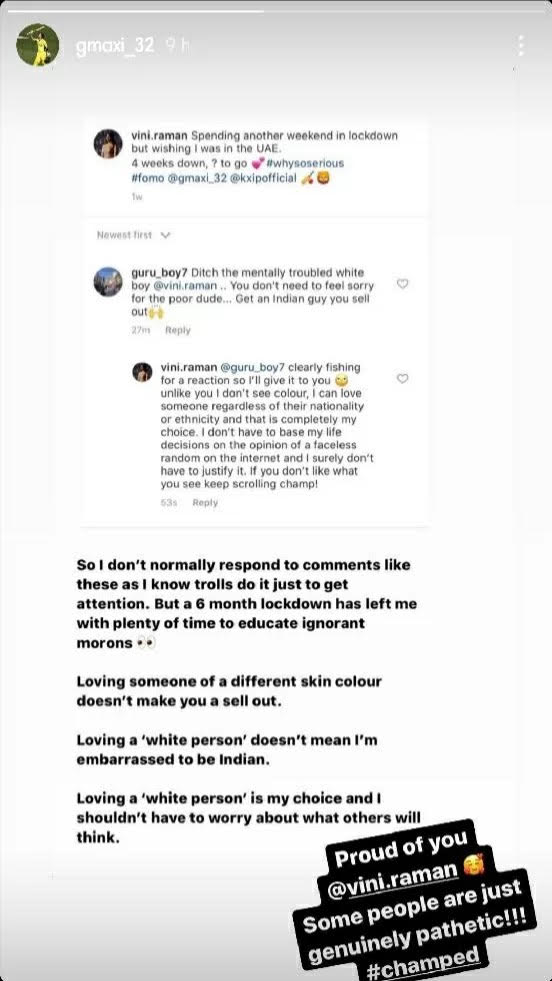 Maxwell Poor Form At IPL 2020
Glenn Maxwell is having a poor run at the ongoing Indian Premier League, alongside his team who have registered just one win out of the three games they have played. Maxwell showed great form coming into the tournament having won the man of the series in the recently concluded ODI series against England.

Skipper KL Rahul Backs Maxwell To Fire
Kings XI Punjab skipper KL Rahul has backed Maxwell even during these times of his failure. Rahul knows the potential Maxwell possesses and he’s just one knock away from staking his claim for a spot in the team.

King XI fans can only wish for Maxwell to strike form at the earliest and see some hits fly out of the park!