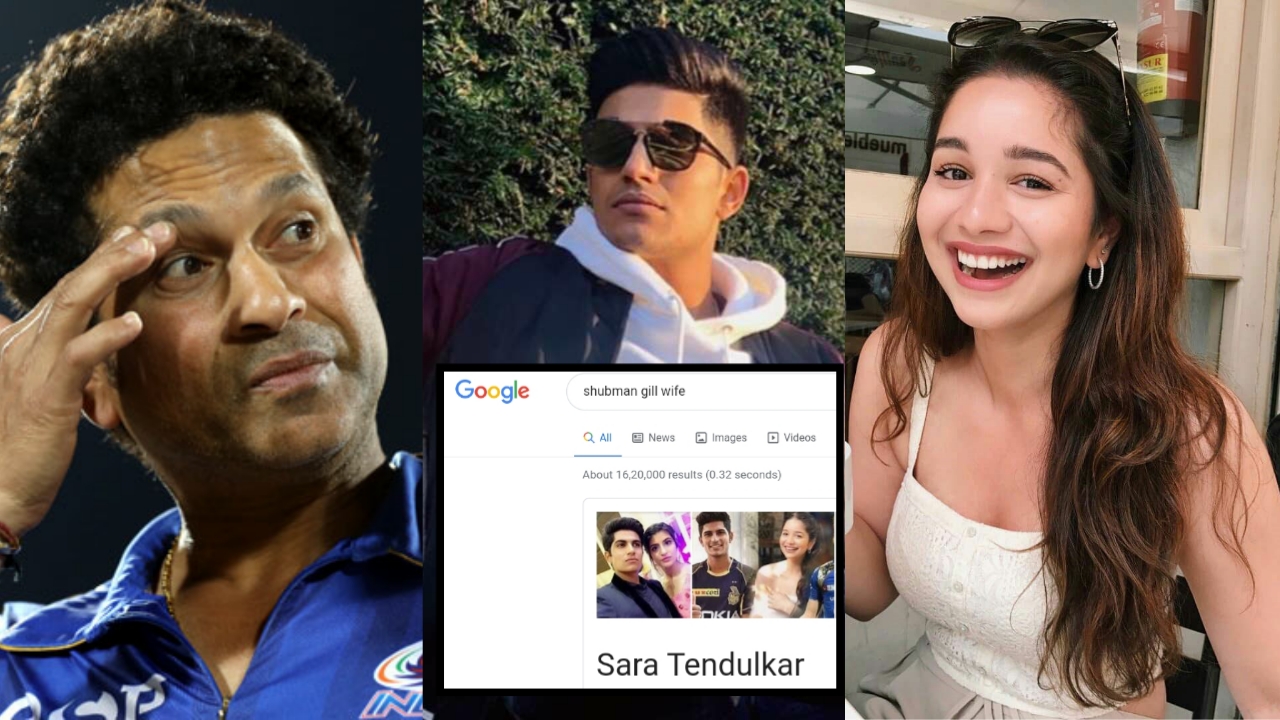 Shubman Gill has been the stand out player for Kolkata Knight Riders in this IPL season. He has been amongst the runs and been continuously performing well for his team. In the 7 matches that he played, he has scored 254 runs at an average of 42.33 with two fifties to go with it. While the young batsman is busy making his mark, Google is engaged with playing tricks on the youngster.

In the recent past, Google has been making a lot of goof-ups and Shubman Gill has fallen prey to the same. After showing Anushka Sharma as Rashid Khan’s wife, Google is now busy showing Sara Tendulkar as Shubman Gill’s wife. If one searches Shubman Gill’s wife, the name of ‘Master Blaster’ Sachin Tendulkar’s daughter comes up.

The search results from Google are certainly bizarre and outlandish. It’s an outright violation of both Gill’s and Sara’s privacy. Both of them are very young and are completely focused on their respective careers. It’s surely a sensitive period in their lives as Shubman Gill is trying his best to make it to the Indian team while Sara is shaping her career in her respective field. 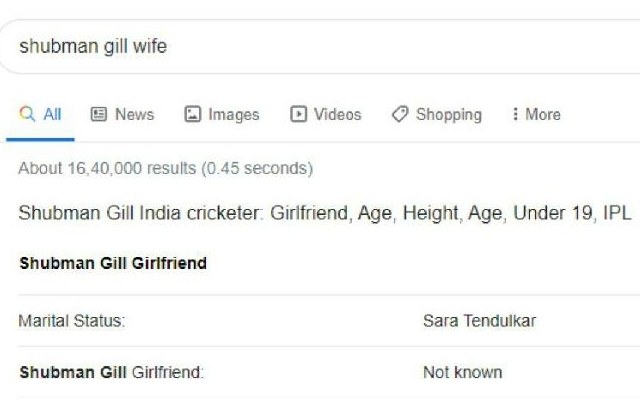 Shubman Gill is doing well in the IPL

It’s high time Google made changes to the data available online. The reason for this goof-up by Google could be the talks surrounding the two in the past few months. The duo has been linked on a number of occasions based on their comments on each other’s posts online. Sara congratulated Gill with a black heart emoji when he posted the pic of his new car on Insta. Gill replied to the same with another heart emoji.

This little exchange of emojis caught the attention of the star Indian all-rounder Hardik Pandya who has teased Gill in the past as well. Gill was appreciated by Sara recently when he took a flying catch in the ongoing edition of IPL. Shubman Gill has proved to be a vital cog of the KKR setup and he has lived up to the expectations.