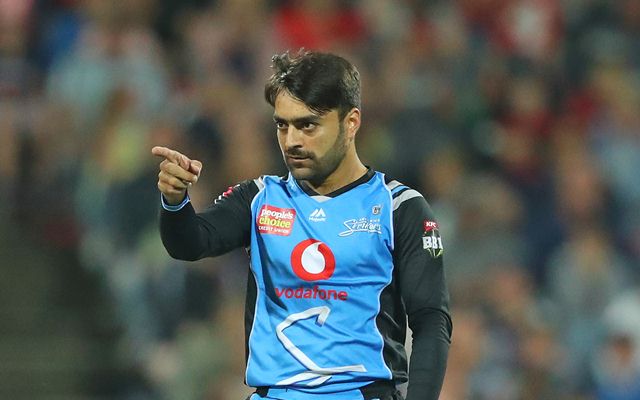 So Why Is Google Picking Up This Hilarious Result
By the looks of it, such a result appearing on a public platform is a blunder and one would expect searh engine giants Google to rectify the mistake. However, it’s best to first understand what led to such a “mistake”. It was couple of years back when Rashid Khan was asked at an interview about his favorite Bollywood actor. The Afghan spinner had gone on to name Anushka Sharma, followed by Preity Zinta.

Back then, Rashid Khan’s name began trending as user looked for the spinner along with the keywords that associated him to a search result of ‘Anushka Sharma’. Thereby, Google search results picking up the keywords and associating the mismatching result, and this connection Google made is a complete goof-up, although hilarious.

Sunrisers Hyderabad Seek Winning Consistency
The Sunrisers Hyderabad will seek to get back to winning ways and close in on a play-offs spot at the ongoing edition of the Indian Premier League (IPL). They find themselves languishing in mid-table after suffering a surprising loss in their last game against the Rajasthan Royals. They next play the Chennai Super Kings on October 13, a team seeking redemption themself.

Rashid Khan A Key Factor
Spin bowler Rashid Khan will play a key role in the Sunrisers looking to get back to winning ways. Not quite at his usual best in the last outing, Khan was taken for plenty by the Royals batsman and ended up with an expensive economy rate.