After 3 T20Is, India and New Zealand will be up against each other in a 2-match Test series, starting from 25th November at Green Park, Kanpur. 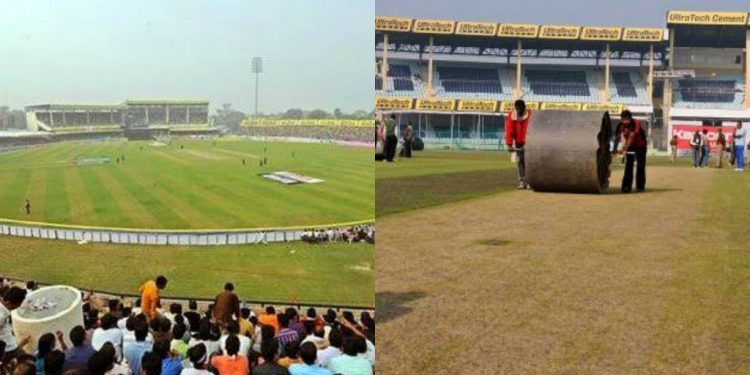 After white-washing New Zealand in the T20 series, India will now be up against them in a two-match Test series on the home soil. The visitors had a hard time with the white-ball but would want to leave their nerves behind and push India towards the wall in the red-ball format. The first Test match is scheduled to start from 25th November and will be played at Green Park, Kanpur. Before the clash begins, let us look at Kanpur cricket stadium pitch report and other relevant statistics.

India will head to the Test match after pushing New Zealand to the limit and claiming the T20 series 3-0. In the absence of Virat Kohli and Rohit Sharma, Ajinkya Rahane will play the skipper’s role and will be leading the side in the white outfit. Rahane has achieved greater heights as India’s Test captain and will be aiming to put another win in his kitty.

Cheteshwar Pujara has been blowing hot and cold for quite some time. He has been appointed as the vice-captain for the series and the added responsibility may bolster his batting. Mayank Agarwal and Shubman Gill are likely to feature in the playing XI. Both the batsmen would want to make a strong case for themselves for the nearing Test series against South Africa.

Kane Williamson’s return will give Kiwis much-needed motivation. Their inspirational skipper missed the T20 series and his return to the Test side will strengthen New Zealand’s leadership and batting. The upcoming game will also see Kyle Jamieson returning to the team. Every avid cricket follower will be aware of his heroics against India and the speedster has the ability to replicate those performances day in and day out.

Green Park in Kanpur traditionally favours the spinners just like every other cricket stadium in India. Interestingly, the last Test match played at the ground was between India and New Zealand 5 years ago. India won that game by 197 runs, courtesy of a well-balanced batting effort and their spinners’ performance. Expect the pitch to behave the same with very less assistance for the pacers.

As the Test cricket is returning to Kanpur after nearly 5 years, it is certain that fans will flock the stadium. The temperature will hover around 26-29 degrees Celsius during the match timings with 0 per cent chances of precipitation.