GT had wished Shubman 'all the best' for his future in a Tweet they put out on 17th of September. 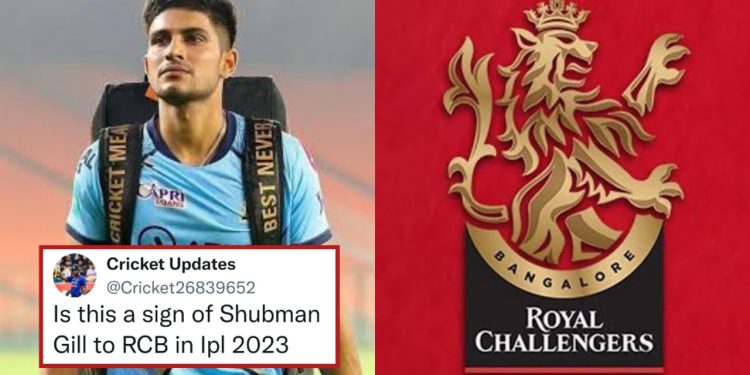 Several players facilitated Gujarat Titans in getting their hands on the IPL trophy in their 1st ever IPL season. Shubman Gill, 23, was one of the prime architects.

There was a lot of chaos at the top order and Gill never had a stable opening partner. However, the batsman took the responsibility of giving the team good starts on own his young shoulders.

Gill scored 483 runs (4 fifties) in IPL 2022 and appeared to have worked on his power-hitting capabilities.

Therefore, the cricket fans across the nation were shocked at Gujarat Titan’s recent Tweet that suggested the batsman and the franchise were seperating.

GT had wished Shubman Gill ‘all the best’ for his future in a Tweet they put out on September 17.

The tweet read: “It has been a journey to remember. We wish you all the best for your next endeavour, @ShubmanGill!”-

It’s been a journey to remember. We wish you all the best for your next endeavour, @ShubmanGill!#AavaDe

Fans have been quick to school the franchise on their decision to let Shubham Gill go even after the promise he showed for them in the 2022 edition of the Indian Premier League.

The 2022 IPL winners have claimed that the current position with Shubman Gill might not be a signal for him leaving the Hardik-led outfit.

Twitterverse, Gill will always be a part of our 💙

P.S.: It’s not what you think, but we’re loving the theories. Keep it going! 😅

Though the 2nd tweet makes it clear that Gujarat Titans love Shubman Gill and it is NOT WHAT THE FANS THINK, the side still hasn’t straight-up denied the theory of SG and GT parting.

My two personal guesses regarding this scene are either Gill and GT working on some sort of promotional campaign or the batsman returning to KKR in a personal choice.

Or maybe he will replace Nehra Ji as the head coach of Gujarat Titans!