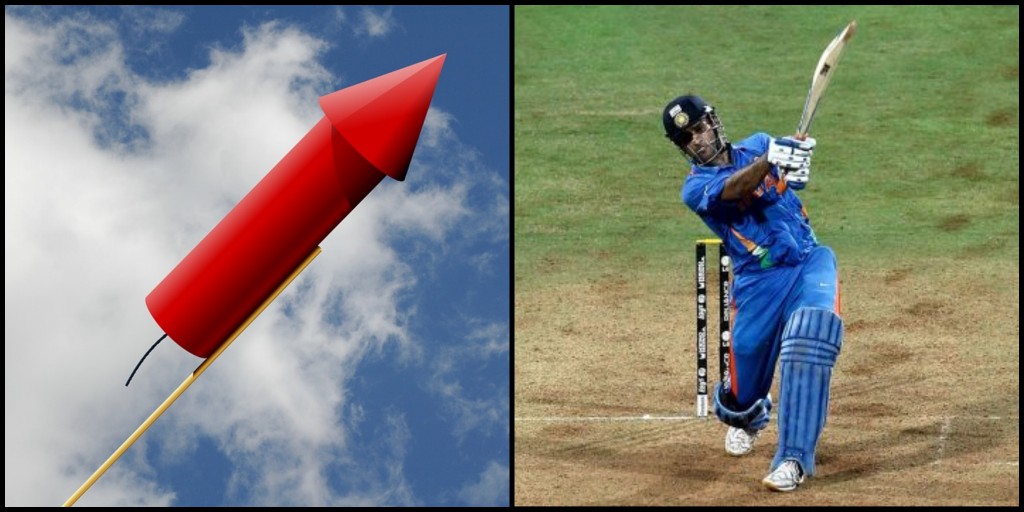 Virat Kohli-led team India gave a perfect Diwali gift to fans by winning test series against South Africa by 3-0. Team India players are spending Diwali holidays with families and following this they will play a T20I series against Bangladesh starting 3 November.

Diwali is one of the most popular festivals. The festival of lights is celebrated all across India. As friends and families get together to enjoy the festivities with some firecrackers and a lot of sweets, we try to list down a few cricketers and what crackers would they be if they were one.

Dhawan’s strength is his natural ability to attack any bowler irrespective of the situation and once he gets going he explodes like an anaar which is silent but one of the most entertaining crackers around.

Dhoni is a powerful hitter of the ball and his sixes are a delight to watch. Dhoni finishes the innings just like a rocket finish its journey shining the sky.

Rohit Sharma is known for playing big knocks. This ability of Rohit is just like a chain of crackers which once starts, entertains you for a long time.

Dravid is like a full-jhadi which is favourite among all age groups. Rahul Dravid is among those players who have no haters.

Virat Kohli is the only batsman who has a 50+ average in all three formats of the game. He has dominated in every corner of the world. This ability makes him the multiple shots cracker.

Hardik Pandya is known for his style and colourful looks. Apart from his all-round abilities, Pandya is popular for his funky hairdos and luxurious lifestyle. He would be colourful matches.

Kuldeep Yadav spins the ball like a chakri spins. His googly always creates trouble for the bzatsmen. He is the best left-handed leg spinner India has ever produced.