Being declared fit by the BCCI medical team, KL Rahul is all set to lead Team India in the ODI series against Zimbabwe. 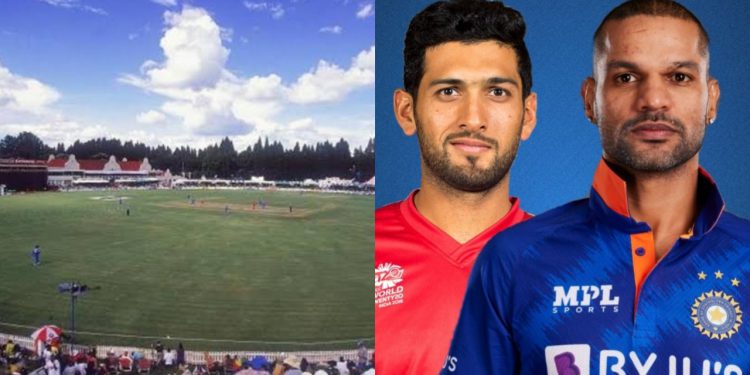 Ahead of the Asia cup, Team India will be traveling to Zimbabwe for a 3-match ODI series. All the matches in the series are to be played at the Harare Sports Club Stadium and the series starts on the 18th of August. The Indian side will be led by KL Rahul on this tour. Here is the Pitch Report of the Harare Sports Club stadium along with the T20 Records of the venue.

Zimbabwe has just won a home series 2-1 against Bangladesh and would have gained confidence from that. Hence, they would be looking to continue their good form and put up a good fight against India. The KL Rahul-led Indian side, on the other hand, looks solid enough despite the absence of many experienced players. Though an inexperienced side, India would go into this series as the favorites.

The pitch at the Harare Sports Club ground favors the batters. It has been seen in the recent matches here that the teams go on to score big totals in both innings. In the first two games of the recently concluded ZIM vs BAN series as well, both the teams went on to score around 300 runs in every inning.

The pacers will have to strike early in the game in order to restrict the batters from scoring big runs. The spinners might receive some assistance from the pitch later in the innings. Given that the pitch doesn’t change drastically and remains in the favor of the batters throughout the match, it would be safe to bat first at the Harare and put the scoreboard pressure on the opposition.

The sky will remain clear over Harare throughout the IND vs ZIM ODI series. For all the three match days, there is a forecast of a clear and sunny sky. Hence, the fans would be able to enjoy a good series.