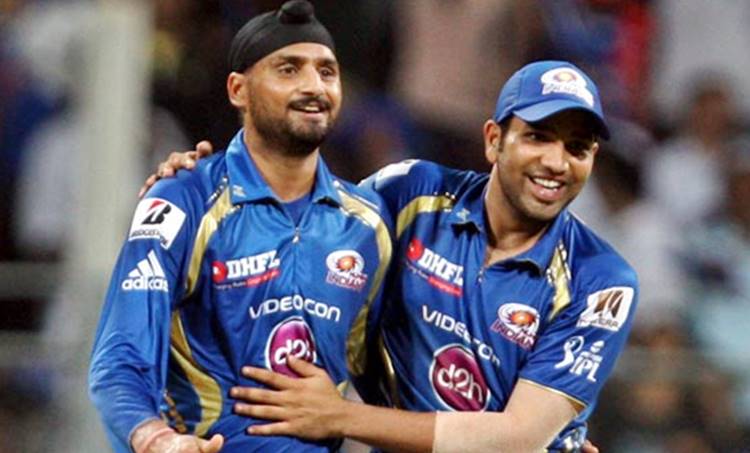 Yesterday, while the Indian team did have to endure a mammoth South African partnership of 164-runs, the players somehow still found a way to have some fun in the middle. At the center of this particular incident was opening batsman Rohit Sharma.

During a particular over break, one could hear Rohit’s voice repeatedly calling ‘Harbhajan Singh, come-in, come-in’. Co-incidentally, off-spinner Harbhajan Singh was doing commentary at the very moment Rohit came up with this idea. Later into the game, the veteran off-spinner went on-air and asked Rohit about what was going on. Rohit came up with a humorous reply; ” Bhajji pa, aapke liye rough create  hua hai, idhar aa jaaiye…bowling daaliye”. (Bhajji, there’s  slight rough patch here that fits bowling…come here and bowl). The invitation left Bhajji in splits and he really appreciated the invitation from his former Mumbai Indians captain. Here’s an audio of the incident:

Sounds like Rohit Sharma on stump mic talking to Harbhajan Singh ? This after Ashwin picked up his 5th wicket. Listen to the audio #INDvsSA pic.twitter.com/muC5gp3i8B

Bhajji took the invitation a bit furhter. Here’s his fun response to Rohit’s invitation on twitter:

In retrospect, an extra spinner might just have been useful on Visakhapatnam’s batting conducive track. That said, it has been well over four years since the ‘turbanotor’ played his last test match. Bhajji’s success in tests is evident from the fact that he’s the third highest wicket-taker for India in the format, only behind Anil Kumble(619) and Kapil Dev(434). That tally, however, might be soon overtaken by premier off-break bowler Ravichndran Ashwin (fourth on the list), who just snared his 349th victim yesterday with a fifer. At the moment, Harbhajan is contemplating on retirement plans so as to he can be a part of England’s ‘The Hundred’ cricket tournament next year.

Do you think Bhajji can still play as a premier spinner for India? What do you think will be the result of this test match? Is Rohit Sharma the best candidate for opening in test? Let us know what you think in the comments.