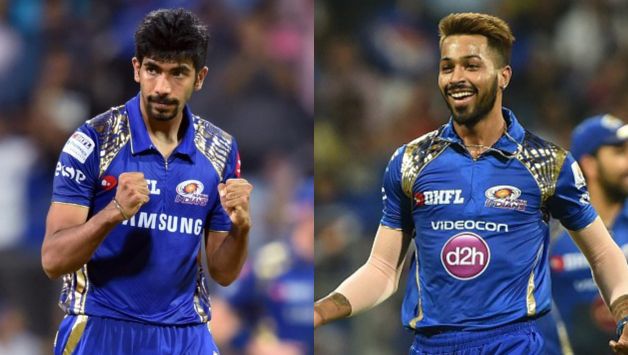 Fielding in the recent few years has become an important element in winning a cricket match. All the teams make sure that their players are fit and are active on the field. Hardik Pandya is one of the better fielders in the Indian side at the moment, and he gives his all to contribute for the team. He also expects others to do the same.

Currently, Hardik Pandya is representing Mumbai Indians in the 13th edition of the Indian Premier League, and he was seen in action in their match against Kolkata Knight Riders on 23rd September. Mumbai Indians did well to keep KKR run-chase in check as they kept taking regular wickets and didn’t allow any freebie.

However, a four caused Hardik Pandya to slam Jasprit Bumrah for not diving to stop the ball. It was the 12th over of the second inning. Kieron Pollard was bowling to a struggling Eoin Morgan who played a cut shot. The ball was pushed behind square just where Jasprit Bumrah was fielding. Bumrah tried to stop the ball by throwing his hand at it, but couldn’t.

The ball went on to the third-man region where it was chased by Pandya who couldn’t stop the four either. Pandya was originally fielding in the square leg region. The boundary made Pandya so furious that he slammed Bumrah for not giving his best by diving to stop the ball. The boundary, however, wouldn’t have really mattered given the situation of the match.

Mumbai Indians won the match at the end by a big margin of 49 runs. Earlier in the first innings, MI skipper Rohit Sharma looked in his element as he scored 80 runs for his team which included six sixes. Hardik Pandya looked in good touch but unfortunately was out hit wicket. KKR were set a target of 195 which proved to be too good for the team as they collapsed while chasing it.